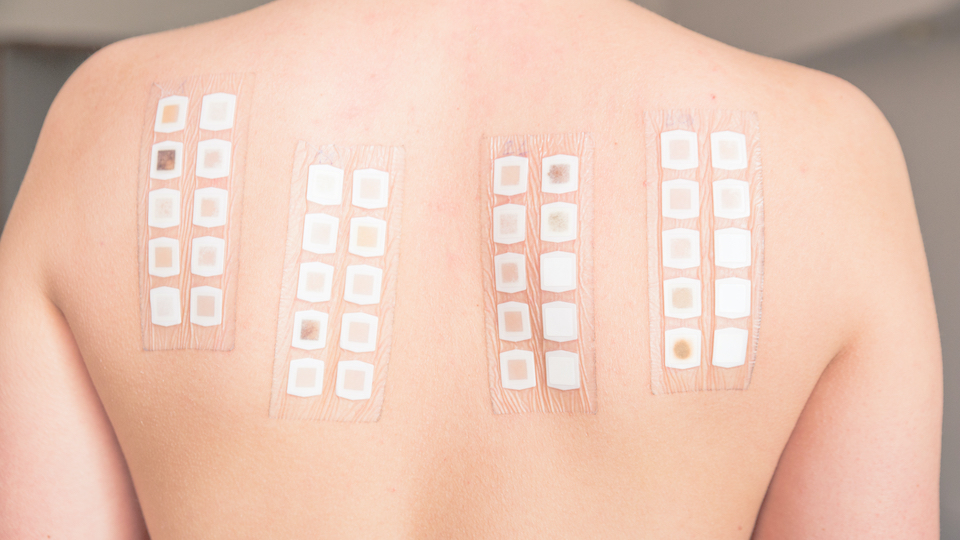 Dr. Jenny Murase noticed something with atopic dermatitis (AD) patients using the injectable biologic dupilumab. Most responded relatively quickly and dramatically to the medication, often with noticeable improvement in AD symptoms in a few months. But others did not. To find out why, Murase (who is associate clinical professor with the department of dermatology at University of California, San Francisco) and fellow researchers dug deeper and published their results in the Journal of the American Academy of Dermatology (JAAD).

Looking at 233 patients prescribed dupilumab for what was assumed to be a diagnosis of moderate to severe AD, the medical scientists found that 50 had an “incomplete” response to the medicine – meaning they reported less than 80% improvement in the total body surface area affected by AD after three to six months of using dupilumab. Given how effective dupilumab is in treating moderate to severe AD, why wasn’t it working as expected for these patients? Because, the researchers discovered, they didn’t have AD, after all – or because they had AD and something else.

With experience prescribing dupilumab for the past six years to approximately 360 patients, Murase said, “It’s so effective that it’s almost like a diagnostic test. If you put a patient on it and they don’t respond, it’s likely you have more than genetic AD coming into play.” This is important, she noted, because while dupilumab is very effective in the treatment of AD, it will not treat other conditions commonly mistaken for AD – leading to either incomplete treatment (if a patient has AD in combination with another skin issue) or ineffective treatment. Based on the research, these are the top six conditions commonly misdiagnosed as atopic dermatitis.

Often, said Murase, patients may have allergic contact dermatitis (ACD) in conjunction with AD. In fact, in the JAAD study, 47 out of the 50 people who did not respond as expected to dupilumab treatment had ACD or ACD as well as AD. Some experienced partial skin clearing with dupilumab but symptoms often remained on their face, hands or perianal/genital area. “The dupilumab,” said Murase, “unmasked their allergic contact dermatitis.”

Because AD and ACD are difficult to differentiate by appearance alone, Murase and other experts recommend patch allergy testing. “Failure to patch test when appropriate,” noted scientists in the journal Dermatitis, “may result in overlooking an important and potentially curable complicating comorbidity [ACD].” Patch testing, the report explained, is important:

Ideally, added Murase, patients should have the “expanded series” of patch allergy tests, which include tests for sensitivities to cosmetics, corticosteroids and fragrances to make sure as many potential allergens are being tested for as possible.

The second most common condition misdiagnosed as AD, said Murase, is polymorphous light eruption (PMLE). With PMLE, sunlight triggers an itchy rash, most commonly on the face, backs of the hands, forearms, or neck. “30% of patients with AD are photosensitive,” said Murase.  Symptoms usually develop within several hours of UV light exposure and last for two to three days. Continued or repeated UV light exposure will cause rashes to stick around longer. PMLE is usually diagnosed based on a person’s history and symptoms, but biopsies can also be used. Treatment focuses on clearing up active PMLE rashes with topical steroids, antihistamines and oral corticosteroids and then sun avoidance and sun protection to help prevent future flares.

Skin infections are third on the list of things that can be confused with atopic dermatitis, particularly infections caused by bacteria (like staph), scabies mites or tinea (ringworm). “If we see honey-colored crusted scales we know to look for staph,” said Murase. “Scabies,” she continued, “are often identified by fine thin burrows right around the ankles or a more papular [pimple-like] rash on the penis or areola [around nipples]. Tinea may be focused on feet with plaques that can be misdiagnosed as foot eczema.” In addition to identifying skin infections based on symptoms, skin scrapings are used to diagnose scabies and tinea. Tinea diagnosis may also involve a biopsy or skin culture. For scabies there are “scabicide” medications, to kill mites and eggs. Tinea treatment options include topical and cleansing antifungals as well as oral antifungals. For staph, doctors will recommend proper cleansing and an antibiotic.

If a patient does not respond at all to dupilumab after two to three months, skin lymphoma, a type of cancer, should be ruled out, too, said Murase. While skin lymphoma is rare (affecting about six in every 1 million people, according to Yale School of Medicine), its treatment is completely different than AD treatment, making accurate diagnosis very important. “If they don’t respond at all to treatment, it’s a huge red flag to look at the patient really carefully again and make sure lymphoma is not a possibility.” Skin lymphoma can appear as: small, pimple-like lesions; patchy, flat lesions; plaques (thick, raised or lowered lesions), or nodules or tumors (larger lumps or bumps under the skin). Lesions are often itchy, scaly and red to purple and appear on areas not exposed to sun. To test for skin lymphoma, a doctors will conduct biopsies, blood flow cytometry or other blood tests. Skin lymphoma treatment may include phototherapy, topical chemotherapy, radiation, chemotherapy and more. As with most cancers, identifying skin lymphoma early often allows for more treatment options.

Our second to last condition commonly misdiagnosed as eczema is psoriasis. “There are forms of psoriasis that present in a more eczema like pattern,” said Murase. To tell them apart doctors might consider appearance of the rash (skin tends to be thicker, raised and more inflamed with psoriasis), age of onset (psoriasis tends to manifest later, often between the ages of 15 and 35), location (psoriasis is more likely on the outer edges of the elbows, knees, scalp, palms, soles of the feet, ears, mouth, eyelids, buttocks, or nails) and itch (with psoriasis tending to burn or sting and be less itchy than AD). Treatments can be similar but differ enough that you want the most appropriate diagnosis, especially because newer agents target specific arms of the immune system depending on whether they are aimed at AD or psoriasis.

Four patients out of the 50 in the JAAD study were found to have cutaneous lupus and mixed connective tissue disease (MCTD). This rare autoimmune disorder can show up in numerous ways and be hard for a dermatologist to diagnose but should be considered if other conditions have been ruled out. In terms of skin manifestations, there might be red or reddish-brown patches on the knuckles. Other symptoms include, feeling unwell, fingers and toes that get cold and numb easily, swollen fingers or hands, and muscle and joint pain. Diagnosis often involves blood tests and treatment varies based on symptoms.

The key message here, said Murase, is for patients to ask about diagnostic tests and for dermatologists to provide testing when clinically indicated. Offer biopsies, cultures, scrapings and patch tests, said Murase, so the diagnosis is clear before jumping into treatment, especially any treatment that might have serious side effects.

“It doesn’t take a lot of time to do these diagnostic tests. It should be on people’s radar. It needs to be something we think about.”

Patients, she said, can help dermatologists have the information they need to arrive at the best diagnosis in a timely fashion by coming to appointments well-prepared. “Dermatologists often don’t have a lot of time. We work in fast-paced clinics. It helps when patients come with information organized so it’s at our fingertips and we can jump into what needs to be done next.”

Provide a one-page summary, recommended Murase, that includes a list of: