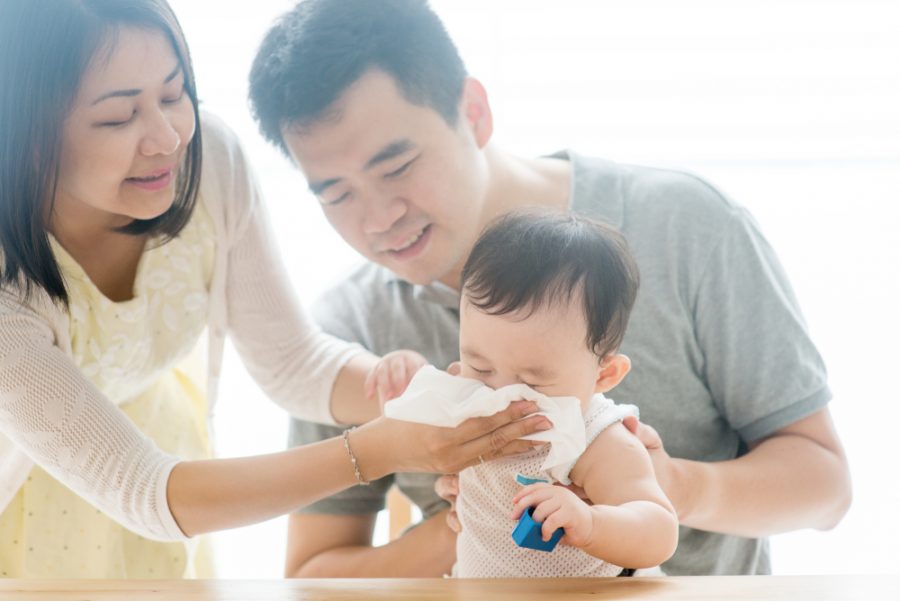 Children under 2 years old with early signs of atopic dermatitis have a greater risk of developing comorbidities (related health conditions), such as asthma, allergic rhinitis (hay fever) and food allergies, according to research published in JAMA Pediatrics in October 2017.

For more than 60 percent of children in developed countries with atopic dermatitis, the condition is apparent by the time they are 24 months old.

Some children outgrow AD, but for others, it can extend into adulthood leading to the aforementioned comorbidities. The onset of these related conditions is often dubbed the “atopic march.”

It’s well known that babies who have parents with one or more of these three comorbidities are at greater risk of developing AD.

But over the past couple of years, researchers have questioned whether this atopic march could be explained by different subgroups depending on what age the disease begins and whether the disease progresses into adulthood.

The study consisted of 1,038 children from rural areas of Austria, Finland, France, Germany and Switzerland.

Researchers, led by Dr. Caroline Roduit of Switzerland’s University of Zurich, identified four clinical phenotypes for AD that are characterized by age of onset and the natural course of the disease from birth to age 6.

Phenotypes are the observable physical characteristics of an organism, such as its appearance, development and behavior. The four phenotypes identified in the AD study were:

• Onset of the disease within 24 months, but it disappears by age 4

• Onset of the disease within 24 months, but it persists through age 6

• Late onset of the disease (after 24 months)

• Never/infrequent, i.e., children who don’t fit in the above categories

Some of the study’s findings did not surprise researchers. For instance, having a family history of allergy was associated with all AD phenotypes, but especially for those with the early persistent AD phenotype.

Also, parents with AD, asthma and allergic rhinitis dermatitis were more likely to have children who developed atopic dermatitis by age 2.

Children who developed AD before age 2 were more likely to develop asthma and food allergies by age 6, especially among those with persistent eczemic symptoms.

However, for children who developed AD after age 2, researchers identified an association with allergic rhinitis, but not asthma or food allergies.

But for household pets, that protective effect of prenatal exposure was seen only in children with the early persistent phenotype, specifically among children with allergy-prone parents.

The researchers also found that the introduction of yogurt during an infant’s first 12 months proved to be a protective factor against the early-persistent AD phenotype.

In other words, the study suggests that both genetic and environmental factors (such as early exposure to animals and certain foods) influence the course of AD differently depending on the phenotype.

Eczema and Mental Health in Children