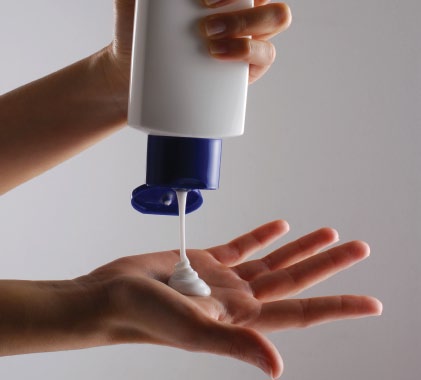 Zachary’s eczema began when he was 8 months old. He is currently 15 months old, and he began the intensive Eczema Boot Camp regimen when he was 11 months old. Zac lives on the East Coast. As far as family history goes, Zac’s older brother has mild eczema and his older sister has asthma that is diminishing as she gets older. Zachary’s mother, Jennifer, answers questions about their experiences with the Eczema Boot Camp regimen.

Why did you try the Eczema Boot Camp techniques?

Zac had been battling eczema for three months. It started over the summer in two distinct spots. I was able to quickly identify it as eczema, because it presented itself very similarly to what my older son had a few years prior. Our pediatrician prescribed some topical creams and recom- mended bleach baths, but as we went into the fall, Zac’s eczema spread and increased in severity very rapidly. We then went to a pediatric dermatologist, who prescribed multiple steroid creams. at his follow-up appointment, Zac’s skin was so much worse that the pediatric dermatologist sent him to an allergist for testing that same day. all of the tests were clear, and allergies were ruled out. We tried the natural approach and did NrT with him. We eliminated all of his food and environmental “sensitivities” based on those results, yet the eczema was still spreading. He was oozing and bloody from many open sores that were continuing to grow in size. Finally, on yet another desperate pediatric visit, we were referred to Dr. Sheilagh Maguiness at Boston Children’s Hospital.

What was your experience with the Eczema Boot Camp approach?

The boot camp included a lot of what I had been doing. I had been gobbing Zac up with creams and steroids, and I had been giving bleach baths. The program was everything I knew, only magnified, put in a distinct order, and with the addition of the wet wraps (in our case, wet pj’s). I learned creams weren’t as effective for us, and ointments were good. I learned I was not using nearly enough bleach. I learned that spot treating did not work: I needed to cover Zac’s entire body in the topical treatments and then lock it in by covering him even more with ointment moisturizers.

All and all it was not that bad. I saw instant results. Zac loves his baths, so that really did not affect him too much. The wet pj’s were not enjoyable for him to put on, but once we covered them in dry pj’s, he seemed to resume play and forget about it. His diapers would explode overnight from all the moisture and all his pj’s (and mine) became grease-stained. But overall, it was a very quick fix after months of agonizing.

After two nights of treatments he was a new boy. It felt instant.

What tips would you share with others about this regimen?

Is it worth it? Why or why not?

Absolutely. Zac is the softest, smoothest boy in town now. He does not itch and ooze and bleed. He is much, much happier.