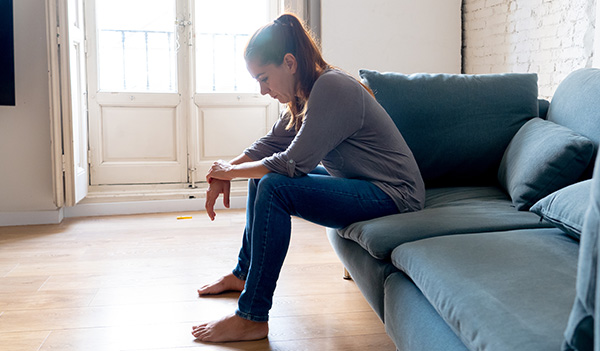 In a report, titled “The Burden of Atopic Dermatitis,” a group of researchers reviewed the literature on the impact of AD from multiple perspectives. A summary of the report was published in the Journal of Investigative Dermatology in January 2017.

The researchers emerged with a clearer-than-ever picture of the burden of the disease on patients’ quality of life, along with its social, economic, academic and occupational repercussions.

In the United States, the financial impact of the disease is conservatively estimated at $5.3 billion per year as of 2015, two years before Dupixent received FDA approval. Health economists say that the annual costs of AD have likely gone up significantly since then.

Hospital costs associated with AD have continued to climb as well. The cost of emergency room (ER) visits nearly doubled between 2006 and 2012.

Researchers speculate that rising ER costs are being driven by health care disparities, including inadequate or no insurance, low income and a lack of access to outpatient care during the summer months and on weekends.

Then, there are the indirect costs of AD. These mostly have to do with lost productivity. Absenteeism—missed days at work—and presenteeism—reduced productivity at work—are costly to patients and families in the form of lost income and to society as lost taxes and contributions to gross domestic product (GDP).

Beyond the financial burden of AD, experts have long since developed ways to measure the physical and psychological burden of AD through testing and clinical evaluation.

But, as it turns out, the patients themselves have a great deal to say on the subject. A patient survey published in the July 2018 issue of JAMA Dermatology further clarified and quantified the burden of disease as patients experience it.

The researchers administered a questionnaire to 1,519 adult patients with AD being treated at clinical practices associated with six academic medical centers. They found that, on average, patients with moderate to severe disease experienced itchy skin 5.7 days a week, with 22.8 percent reporting itch lasting more than half a day. By contrast, patients with mild disease had itchy skin for 2.7 days a week, with only 2.9 percent of them experiencing itch lasting more than a half day.

Poor disease control played a major role in the disease burden reported by the patients with moderate to severe AD. That burden included severe pain and itch, disrupted sleep, anxiety, depression and impaired quality of life.

However, with patients doing well on Dupixent—and with many more AD drugs in the pipeline—the burden of the disease should ease significantly over time.