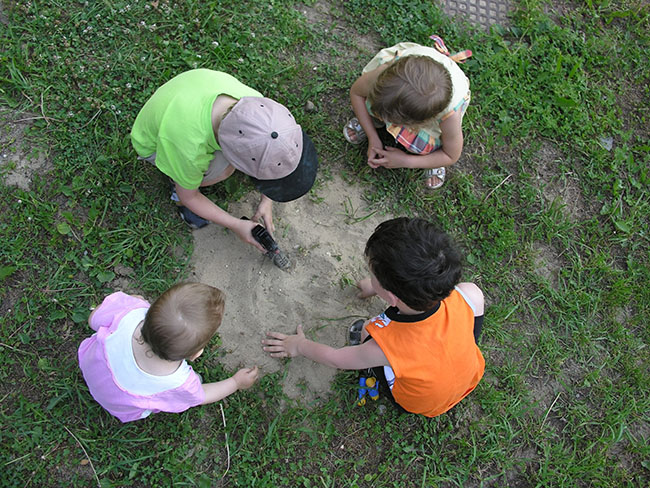 In 1989, David Strachan, an epidemiologist at the London School of Hygiene and Tropical Medicine (LSHTM), made a thought-provoking observation about children with eczema.

After surveying more than 17,000 children in the U.K., he noted that infants born into a household of many siblings were less susceptible to developing eczema in the first year of life and to hay fever later in life. Assuming that more children in a house means more germs shared, Strachan proposed that early childhood infections protect against allergic disease.

While the rate of autoimmune and allergic disorders like eczema have increased over time, we’ve seen a decrease in contagious infections like the mumps, measles and tuberculosis. The medical community theorized that this was likely due to the advent of vaccines and antibiotics as well as improved hygiene.

In the 1990s, scientists began to suspect that the reduction in infections was causing human immune systems to malfunction in some way. If larger households with more germs are more likely to develop an immunity toward allergic diseases, could it be that we are too clean for our own good? Thus, the term “hygiene hypothesis” was coined by members of the media.

Since that time, scientists like Graham Rook, an emeritus professor of medical microbiology at University College London, have started to second-guess the “hygiene hypothesis.” Evidence suggests that early exposure to a diverse range of “friendly” or beneficial microbes—not infectious pathogens—is needed to train the human immune system to react appropriately to stimuli.

In 2003, Rook proposed a revised term called the “the old friends” mechanism. He suggested that early, regular exposure to microorganisms—that have been present throughout human evolution and recognized by our immune systems—will train the immune system to react appropriately to threats.

Do you know what eczema, type 1 diabetes and irritable bowel syndrome all have in common? In each of these disorders, either the immune system is overreacting to a trigger, such as peanuts, pollen or pollution, or it’s attacking tissues it shouldn’t, such as beta cells in the pancreas of people with type 1 diabetes or the intestines of those suffering from irritable bowel syndrome.

Think of the immune system as a computer. It has software, but it needs data—or microbes—to train it how to identify threats appropriately. It’s not just learning what to attack—it’s learning what to tolerate. That’s why, for some of us, when our immune system is exposed to an otherwise harmless allergen like pollen or peanuts, it hasn’t been trained to know that it is harmless.

Megan Scudellari expanded on Rook’s efforts to clarify Strachan’s “hygiene hypotheses” in a February 2017 article published in PNAS, a more than century-old peer review journal, which stands for Proceedings of the National Academy of Sciences of the United States of America.

As Scudellari points out, when we hear the word “hygiene,” we automatically think of personal cleanliness, such as washing our hands or sanitizing our homes, which are good practices. But the term “hygiene hypothesis” itself fails to incorporate other factors, such as antibiotic use, that research has already linked to an increase in autoimmune diseases.

She quotes Sally Bloomfield, chair of the International Scientific Forum on Home Hygiene and honorary professor at LSHTM, to say that hygiene hypothesis is a “dangerous misnomer, which is misleading people away from finding the true causes of these rises in allergic disease. I’ve even seen things in the media saying we shouldn’t wash our hands. What the <explicative> are they talking about?”

In the PNAS article, Scudellari includes an interesting proposition from Johns Hopkins Bloomberg School of Public Health Chair of Environmental Health and Engineering Marsha Wills-Karp. “Researchers hope that, at some point, they will be able to identify which regulatory pathways train the immune system,” Wills-Karp said. “If we could find common pathways, we could adopt drugs or probiotics to activate [those pathways] to condition the immune system properly in early life.”

This would need to be done before a child reaches 3 or 4 years old, which is by the time a person’s microbiome are established and the immune system has completed most of its training. Rather than just vaccinating children for infectious diseases, they could someday be treated with a personalized microbial mixture that induces immune regulatory cells. This could ultimately prevent the development of diseases like eczema.

“It’s a big challenge,” Wills-Karp said, “but we need to start thinking about it.”

Read more: Give your baby peanuts to reduce the risk of allergy? Experts say yes