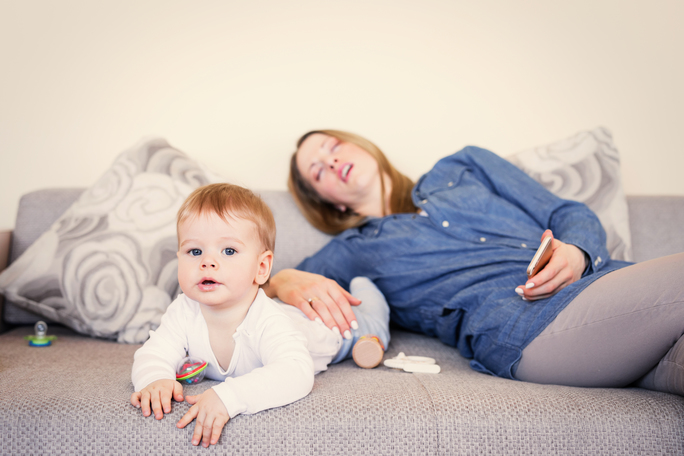 In the ongoing Avon Longitudinal Study of Parents and Children, all pregnant women residing in Avon, U.K., with an expected delivery date between April 1, 1991, and December 31, 1992, were recruited.

Participants were followed for a median of 11 years, with 30% of children meeting the definition of having AD at some point between 2 and 11 years of age, and 21.8% to 38.5% were reported to have moderate to severe disease.

A secondary analysis of this cohort took place from September 2017 to September 2018. Mother-child duos were followed up with a time-varying measure of child AD activity and severity and self-reported maternal sleep measures repeated at multiple time points between child ages 6 months and 11 years.

The results of the study were published in the March 2019 issue of JAMA Dermatology. Researchers found that mothers of children with AD reported trouble falling asleep, insufficient sleep and daytime exhaustion. These effects rose with increasing disease severity and were not entirely explained by the child’s nighttime awakenings.

“This study gives me pause to reconsider my approach to parents of children with moderate and severe AD, said Dr. Sarah Chamlin, professor of pediatrics and dermatology at Northwestern University Feinberg School of Medicine and pediatric dermatologist at the Ann and Robert H. Lurie Children’s Hospital in Chicago.

“A sleep-deprived and exhausted caregiver may be less able to adhere to time-consuming skin care and to cope with her child’s behavioral needs. When a child’s AD is not improving despite a prescribed routine that should ‘work,’ further inquiry into the caregiver’s emotional well-being should be considered.”

The study’s authors suggested that medical professionals caring for children with atopic dermatitis should screen for maternal sleep disturbances and caregiver fatigue.

“A simple question can be asked about how the caregiver herself is coping and sleeping,” Chamlin suggested. “Psychosocial support through a patient advocacy group such as the National Eczema Association or the caregiver’s provider can be offered and would very likely be appreciated.”