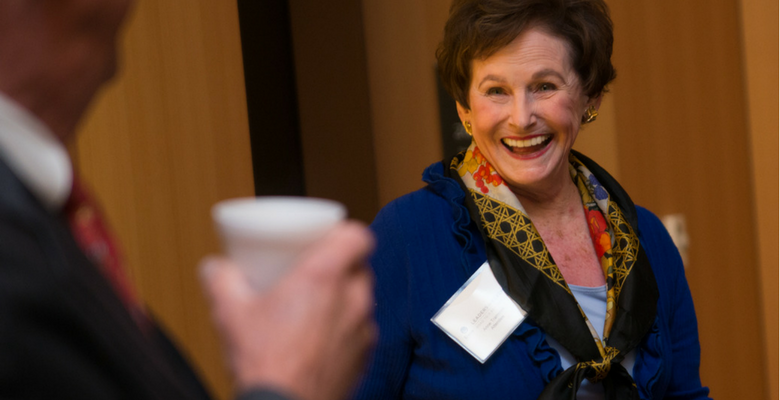 Eczema struck 79-year-old Ann Gordon Trammell of Houston in childhood, appearing in the bends of her elbows and knees before spreading to other parts of the body such as her wrists, knuckles and neck.

By the time she was in her late 20s and early 30s, she had eczema from head to toe, with about 90 percent of her body covered, not to mention severe allergic rhinitis and asthma. At some of the lowest points of her disease, her husband would have to fetch a warm, wet washcloth to loosen her skin from sticking to the sheets when she slept in a sleeveless nightgown.

“He said, ‘You break out whenever a front comes through,’ and sure enough, whenever the temperature changed and the winds stirred up all the dust and pollen, I would break out. It would start in October, then I would get better around December or January. But as soon as the cedar trees started pollinating, it would make me break out in mid-February all the way through June. I’d be better by July or August, but by October, it would start all over again,” Trammell said.

“I’m a very easygoing person, but you get stressed when you have that rash that itches to the bone. You can’t sleep at night. You’re always patting your skin, squeezing it, rubbing it or scratching it. I often wished I had 10 hands because when it itched, it itched so badly, but you can only scratch it in two places at the same time. You can’t pray it away. It’s always there, repeating itself in ugly, little cycles. I wouldn’t wish this on anyone.”

It broke Trammell’s heart to discover that her children also suffered from allergies, asthma and sinus infections. “In our family, we call it ‘Trammellitis,’” she said. “When my children were little, they would be up at night and I’d have to get up with them. We were like three little zombies walking around. I told them when they were in high school, ‘If you see a boy or girl you think is cute, ask if their families have allergies, and if so, do not go out with them!’

“And they listened to me,” Trammell added. “They married people who never had allergies. Their children have suffered just a little bit with hay fever, but for the most part, my grandchildren are perfectly healthy, which is a relief because it does tend to run in the family.”

“My skin was just so hot, and I just itched and burned all the time. But after dupilumab, I felt relief.”

Immunoglobulin E (IgE) is an antibody that is produced by the body’s immune system in response to a perceived threat, such as allergens like mold and pollen. Normal IgE levels range from 150 to 1,000 UI/ml, but Trammell’s levels exceed 25,000, she said. “My doctor said I was just a lightning rod in that my body reacted [to allergens] more severely than most people do because of my high IgE count,” she explained. 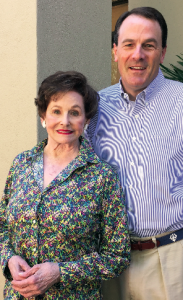 Ann Trammell with her son

Starting around age 50, Trammell began receiving immunoglobulin G (IgG) infusions to o set the high IgE levels. This lowered her IgE count to about 4,000–5,000, which was still extraordinarily high. Then, two years ago, she learned about a clinical trial for the drug, Dupixent (dupilumab), which was approved by the U.S. Food and Drug Administration in March 2017 for the treatment of moderate to severe atopic dermatitis. “Before dupilumab, I was like a walking oven because my skin was so hot, and I just itched and burned all the time. But after dupilumab, I felt relief,” she said. “The only times I broke out was when I received the placebo. Now I’m as good as new.”

Trammell has been a long-time donor and advocate for the National Eczema Association because she believes in the organization’s mission to advance scientific research for the development of better treatments and a cure. “It’s something I’ve suffered with and my children have suffered with for many years,” she said. “I told myself, ‘If I can help in any way, I will’ because I want to continue the research that will find answers to these problems.” Trammell’s advice for others living with eczema is to take care of themselves both physically and mentally. “I would encourage anyone who has a child and is starting to feel badly about themselves to get psychiatric help,” she said. “I did when I was in my 30s, and it helped me realize how strong of a person I am. “Your skin is your largest organ, and when your entire body is on fire and itchy to boot, that will drive anyone insane,” Trammell continued. “Those nights when I was sticking to the sheets, I look back on it now and think, ‘My goodness! How did I do it?’ Well, I just put one foot in front of the other and kept trying because I know better treatments are around the corner, and we must never lose hope.”