Study Results Highlights Dogs as a Model for Human Dermatitis 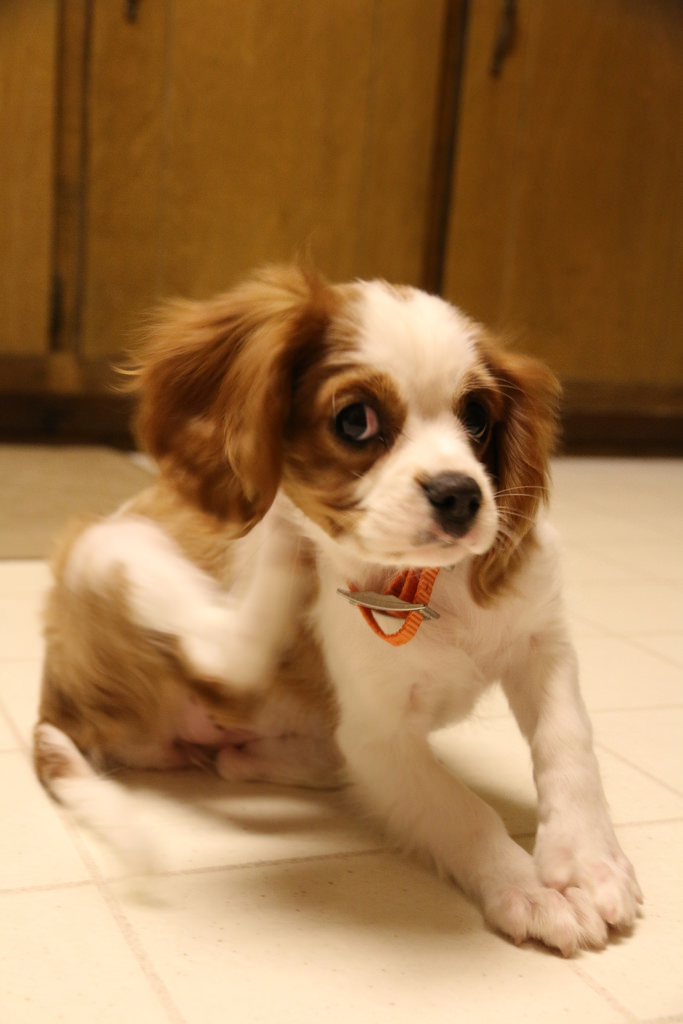 How AD arises isn’t yet fully understood, but a study from researchers from the Perelman School of Medicine at the University of Pennsylvania and Penn’s School of Veterinary Medicine, have uncovered important insights about the association of AD in dogs compared to humans. The study appears online in the Journal of Investigative Dermatology.

To a greater extent than mouse models, canine AD shares important features of the human version. For example, in both humans and dogs AD has been linked to abnormal blooms of Staphylococcus bacteria on the skin – mostly Staphylococcus aureus in humans, and Staphylococcus pseudintermedius in dogs.

In the study, the research team, comprised of veterinary dermatologists, microbiologists, pathologists, and primary scientists, tracked the bacterial populations, or “microbiomes,” on dogs’ skin, and key properties of the skin’s barrier function during an occurrence of AD, and again after standard treatment with antibiotics. During the flare, researchers observed a sharp decrease in the diversity of the skin bacterial population as certain bacterial species proliferated, along with a decrease in the skin’s protective barrier. With antibiotic therapy, both measures returned to normal levels.

“In both canine and human atopic dermatitis we hypothesize there is a similar relationship among skin barrier function, the immune system, and microbes, even if the individual microbe species aren’t identical,” said senior author Elizabeth A. Grice, PhD, an assistant professor of Dermatology and Microbiology at the Perelman School of Medicine at the University of Pennsylvania. “The hope is that insights gained from this study and others like it will enable us one day to treat this condition by altering the skin’s microbiome without antibiotics.”

Thirty-two dogs (15 with canine AD, and 17 without) from Penn Vet’s Ryan Hospital were enrolled in the study. On three occasions – first during AD flares in the affected dogs, then after 4-6 weeks of targeted antibiotics, and finally 4-6 weeks after treatment concluded – the team took swabs from several areas of skin on the affected dogs. They surveyed the microbiomes of these samples by amplifying and sequencing copies of a key bacterial gene whose DNA sequence is distinct for different bacterial species.

Samples from the dogs with ongoing AD had almost ten times the proportion of Staphylococcus species, compared to the control dogs. Corynebacterium species also rose, as they typically do in humans with AD. A standard measure of the diversity of the dogs’ skin microbiomes also decreased sharply, indicating that the abnormal bacterial proliferation – chiefly from S. pseudintermedius – had crowded out other, harmless or potentially beneficial bacterial species.

At the second visit, immediately following completion of antibiotic therapy, the abundance of Staphyloccocus and Corynebacterium on the skin of affected dogs and the diversity of their skin microbiome had returned almost to the levels seen in the control dogs. Those measures remained largely the same in the third visit, after antibiotic therapy was finished.

Impairment in the skin’s ability to work as a “barrier” to keep moisture in and harmful bacteria out is considered a possible factor in triggering or advancing AD. Under the guidance of Elizabeth Mauldin, DVM DACVP, DACVD, an associate professor of Dermatopathology in Penn’s School of Veterinary Medicine, the researchers also tested skin barrier function in the dogs at each of their three visits. Results showed that the low-bacterial-diversity state of AD flares – corresponding to lesions of AD on the skin – correlated with impairments in the skin barrier, as indicated by a standard test of the water loss rate through the skin (TEWL).

The research team is now conducting further studies of the microbiome in canine atopic dermatitis, in particular to determine how antimicrobial therapy promotes bacterial resistance.

“This investigation is a prime example of the One Health approach to research, a recognition that we’re dealing with the same disease processes in animals and in humans,” said lead author Charles Bradley, VMD, DACVP, a lecturer and dermatopathologist of pathobiology in Penn’s School of Veterinary Medicine. “The findings highlight the importance of dogs as a model for human dermatitis and help lay the groundwork for new therapeutic strategies, for example involving microbiome transplants to compete with the harmful bacterial overgrowth, as an alternative to antibiotic therapy.