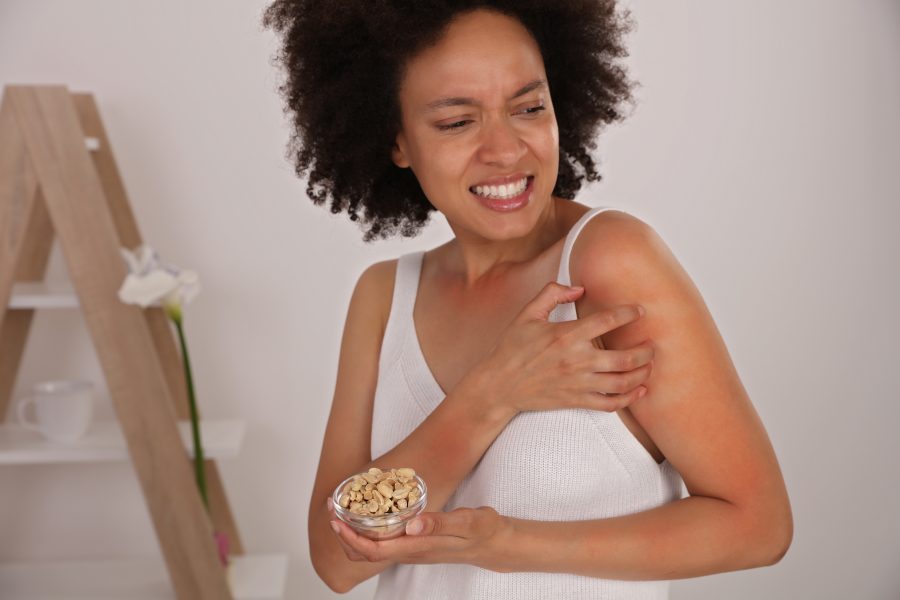 Scratching isn’t only bad for eczema skin; it also appears to trigger a cascade of immune responses deep inside the digestive tract, according to a study in mice conducted by researchers at Boston Children’s Hospital. That cascade ultimately activates immune cells, called mast cells, in the small intestine that are involved in food allergies.

Juan-Manuel Leyva-Castillo, who has investigated on NEA-funded research projects in the past, and his colleagues co-authored the study, which appeared in the May 2019 issue of the peer-reviewed journal Immunity.

The communication pathway between the skin and the gastrointestinal tract may be complex, but it could hold the key to the relationship between AD and food allergies.

The simple act of scratching appears to stimulate the production of a protein called IL-33, which then enters the bloodstream, finds its way to the gut, and joins forces with other proteins that, working together, drive the expansion of intestinal mast cells.

As these mast cells proliferated, the researchers found, the intestinal lining became more porous, allowing allergens easier passage into surrounding tissues, where they primed the gut for allergic reactions to food.

The investigators conceded that further research is needed to see whether their findings in mice turn out to be relevant in humans. In the meantime, they suggest that doctors work with their patients with AD to limit the itch-scratch cycle — a strategy that could ease the severity of food allergies in those who are susceptible to them. 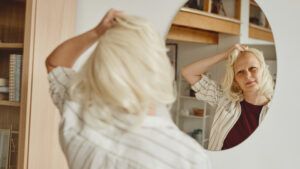