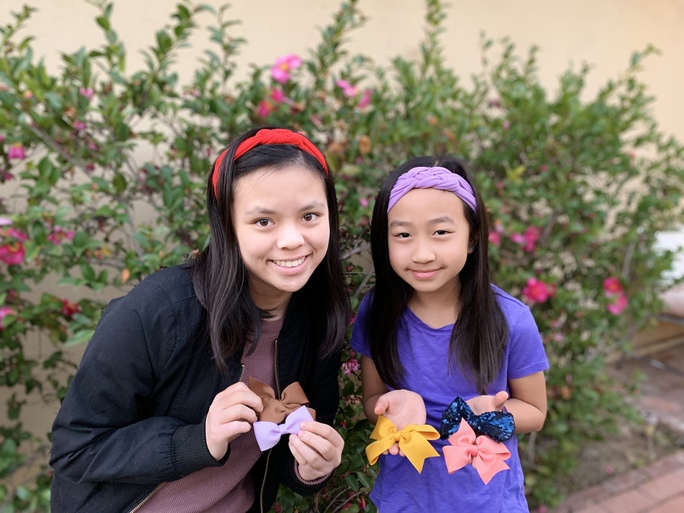 It’s hard enough to make friends and feel accepted by your peers at that age, she said, but it can be even more challenging when you have a skin condition like eczema.

“Growing up, the hardest thing for me was making friends because a lot of people at my school would judge me based on how I look. They would make fun of me because I didn’t look like the normal, average person. I’d have rashes, and they thought it was weird for a young girl to look like that,” Christie said.

Now 18 years old, the high school senior looks back on this moment as a pivotal point in her impressionable, young life.

“To this day, I remember entering sixth grade really nervous and scared that people would not accept me because of the way I looked,” she said. “I sat down in my first class of the day, Spanish 101, when a girl sat next to me.

“We went through class without talking, but I noticed that the entire time, she was staring at my skin and would not take her eyes off me,” Christie continued. “At the end of class, she finally said something to me. I thought I had made a new friend until she said, ‘What’s wrong with you? Why do you look like that?’”

“For as long as I can remember, I have always had itchy skin,” she said. “My parents have to be careful about what I eat and how long I am in the sun. My mother still sleeps with me to stop me from scratching during the night. Many times, I have scratched so hard that I bleed, and then it hurts in the shower.”

Even though Christie and Kara were born nine years apart, “Christie is one of my best friends,” Kara said. “We both have allergies to food, to nature, and all that stuff. I think that is one reason why we are so close.”

Both girls love taking advantage of their proximity to the sunny beaches of southern California, but the Pacific Ocean doesn’t exactly love them back. “Swimming in the ocean stings my wounds,” Christie said. “At the beach, right after I got out of the ocean, I’d have to rinse off and shower. While the rest of my family were having a picnic, I’d be in the shower.

“The constant irritation from eczema not only leaves permanent scars, but also prevents me from doing everyday things that normal kids can do,” Christie continued. “I fell in love with swimming and tennis at a very young age. Unfortunately, at around the same time, my eczema got progressively worse to the point where my doctors told me I had to quit playing sports and find another passion.”

Kara agreed. “It’s hard to swim in a pool because of the chlorine, but the same thing happens at the beach. The saltwater will sting my cuts and stuff. I am also allergic to fish and can’t eat all the things I want to,” she said.

A brand is born

“Sometimes, I’ll have really bad allergies on my finger,” Kara said. “I’ll wrap it, and then the other kids at school will ask me about it. I don’t really like it when people ask me about my skin.”

Christie didn’t want Kara to face a similar experience as she had in that sixth-grade Spanish class. Although the girl’s words were hurtful at the time, Christie understood that her remarks came from a place of ignorance. “That’s why I think awareness of allergies and eczema is very important,” she said.

In 2017, Christie and Kara started Stitches for Itches. It began as a blog to “bring awareness to a younger demographic” but evolved into a business that sells handmade bows and headbands online to raise money for eczema awareness.

According to the two cousins, Kara was the one who started making the bows and headbands in second grade, and ultimately came up with the concept of selling them online. Christie helped turn that concept into reality by building the website and using it to raise funds for eczema awareness.

“Now that I’m in high school, not as many people judge me as they did when I was younger,” Christie said. “But a lot of students still don’t understand what it’s like living with eczema or having allergies. Both Kara and I can work together to raise funds and also awareness so that everyone can have a better understanding about eczema and allergies.”

Christie went on to start a club at her school—also called Stitches for Itches—consisting of students from all different grades who “come together as a community, spending their holidays and free time to put a special touch” on their popular hair accessories.

“I hope that one day we can live in a world without allergies,” Kara said. “When I grow up, I hope to be a scientist to help cure allergies. I hope that I can raise enough money so that we can beat this disease.”