Clinical Trials for Eczema Can Change Your Life 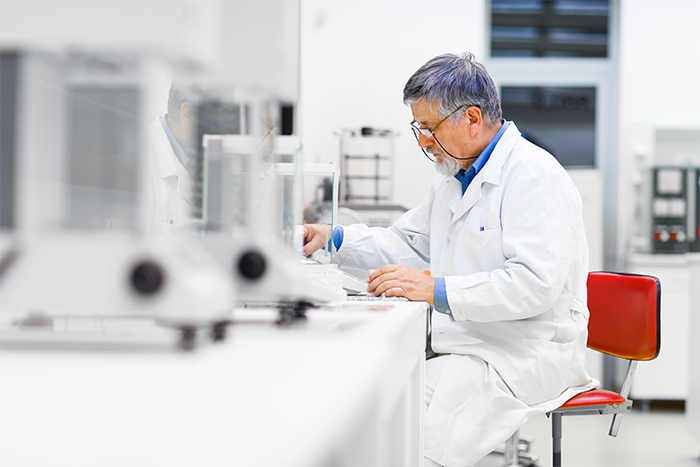 When it comes to living with eczema, “People don’t think it’s that bad unless they have it themselves,” said Debbie Byrnes, an English teacher living in San Antonio, Texas.

“My husband came with me to one of NEA’s patient conferences in Boston, where we got to meet everybody from NEA along with doctors and researchers involved with eczema. He said, ‘I had no idea this was what you were going through. I just thought it was an itchy rash.’ We’ve been together since high school, and even own my husband didn’t understand the magnitude of this disease.”

Byrnes tried every treatment she could think of to get her atopic dermatitis (AD) under control—light therapy, wet wrap therapy, oral and topical steroids—but nothing seemed to help. Then, one day, she received a phone call from a fellow friend with eczema who was participating in a clinical trial for a potential new biologic to treat AD.

“I really felt like I was at the end of my rope, and there wasn’t anything else that was going to help me that I hadn’t already tried,” Byrnes said. “When my friend said she was in the trial and that it was really working, I knew I had to get involved. I was looking for a better quality of life, and this was how I was going to get it.”

If at first you don’t succeed, try again

Meanwhile, in New York City, eczema erupted all over Jenene Chesbrough’s body after delivering her first baby. Desperate for relief, the freelance art director connected with Dr. Emma Yassky-Guttman’s group at Mount Sinai. Guttman encouraged Chesbrough to get involved in a clinical trial.

“At Mount Sinai, we are one of the world’s leading places for atopic dermatitis, both in research and clinical trials,” Guttman said. “We offer patients many therapeutic developments that are either approved or in trials, and we know which patients to send to trials. We have many patients flying in from all over the world to see us.”

Although the first trial wasn’t effective for Chesbrough’s AD, a second clinical trial she participated in turned out to be a life-changing experience. Now she is “a big believer in drug research for AD,” she said. “I want people to know that this chronic condition is more than just a vanity concern. It’s serious and demands additional study.”

“It is really important for patients to participate in clinical trials,” Guttman added. “This way, they are investing in their own health and future well-being, as well as helping others. It also helps increase doctors’ knowledge of this disease. It is truly a win-win situation to all.”

What it’s like to participate in a clinical trial

After that fateful phone call with her friend, Byrnes was a woman on a mission.

“I made a lot of phone calls to find out which doctors’ offices were participating in the clinical trial in San Antonio. I called them every week asking if they would evaluate me. As soon as they opened up and were taking participants, I found the best location for me and made an appointment with the doctor at the site. I was terrified that I wouldn’t get in. I didn’t want to be overlooked.”

Once she was accepted into the clinical trial, a new fear popped up in her mind. “I was concerned I would be one of the people to receive the placebo,” Byrnes said. “I knew how long I’d have to suffer through the trial if I was on the placebo. And if I did get the placebo, I knew my skin would probably not get any worse. So I felt I had nothing to lose.”

Byrnes had her first injections on a Monday. “By Saturday, I knew I had gotten the drug and not the placebo because I felt differently inside. People with AD have lots of anxiety. I never considered myself that way, but when I felt that drug taking effect, I knew right away that it wasn’t a placebo. I felt a sense of peacefulness inside my body. It was amazing. Every single week, I had less eczema. After 12 weeks, I was completely clear. I’d never been clear before.”

It’s normal to feel anxious when signing up for your first clinical trial because you don’t know what to expect. “Be opened minded,” Byrnes advised. “We all have reservations about it. But if you’ve lived with AD like I have, for as long as I have, you know it’s a horrible, lonely, frustrating disease that makes you feel like your skin is on fire. Now that I’m ‘normal,’ my heart aches for people who are still going through this.”