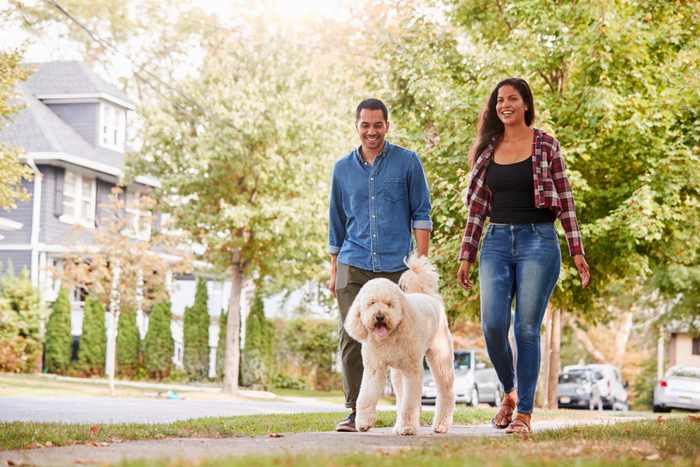 The prevalence of atopic dermatitis (AD) has increased over the past several decades in virtually every country worldwide.

Although there is no known definitive cause, research suggests a combination of genetics, immune factors and the “envirome,” a term that encompasses the overall environmental and extrinsic agents to which an individual is exposed, either constantly, seasonally or episodically.

People with eczema tend to have an overactive immune system that, when triggered by a substance either inside or outside of the body, responds by producing inflammation that can lead to the itchy, irritable skin symptoms common in most types of eczema.

Furthermore, researchers have shown that some people with eczema have a mutation of the gene responsible for creating filaggrin — a protein that helps our bodies maintain a healthy, protective skin barrier. Without enough filaggrin to build a strong skin barrier, moisture can escape, and bacteria, viruses and other contaminants can enter, leading to an increased risk of infection.

But given the rise of AD on a global scale, and the fact that our skin is the organ most directly impacted by the external environment, scientists are investigating potential external environmental exposures that could contribute to the disease over a lifetime.

These environmental exposures, known as “envirome,” or “exposome,” are believed to have a significant impact on a person’s health characteristics, including the development of allergic diseases such as asthma, allergic rhinitis (hay fever) and AD.

The envirome can encompass anything from outdoor and indoor air pollutants, such as traffic pollution and tobacco smoke; climate factors, including temperature, humidity and water hardness; to social factors such as prenatal exposure to stress and urban vs. rural living.

“There are myriad environmental exposures that might play either harmful or protective roles in AD. There is likely a complex interplay between genetic factors predisposing to AD and environmental triggers and/or exacerbants,” wrote Drs. Robert Kantor and Jonathan I. Silverberg in a review titled “Environmental risk factors and their role in the management of atopic dermatitis” published July 28, 2016, in the journal Expert Review of Clinical Immunology.

Scientists have long investigated the role of indoor and outdoor air pollutants, such as tobacco smoke and traffic pollution, on the development of asthma and other respiratory conditions. Now, there are studies exploring the relationship between air pollution, allergic rhinitis and atopic dermatitis.

“The increasing prevalence of atopic dermatitis parallels a global rise in industrialization and urban living over recent decades. This shift in lifestyle is accompanied by greater cutaneous exposure to environmental pollutants during the course of daily activities,” according to a review titled “The impact of airborne pollution on atopic dermatitis: a literature review” published in the British Journal of Dermatology Dec. 3, 2019.

“Airborne pollutants have a detrimental effect on skin barrier integrity and AD symptoms and appear to pose a multifaceted threat in AD through several parallel mechanisms, including oxidative damage, barrier dysfunction, immune stimulation and propagation of the itch-scratch cycle,” the authors wrote.

The climate in any given geographic location is determined by a combination of multiple factors, including temperature, humidity, precipitation, ultraviolet (UV) exposure, water hardness and proximity to the equator, among others.

“The etiology of AD is multifactorial with interaction between various factors such as genetic predisposition, immune and, importantly, environmental factors. Since climate change is associated with a profound shift in environmental factors, we suggest that AD is being influenced by climate change,” according to a review titled “Climate change and atopic dermatitis: Is there a link?” published June 5, 2018, in the International Journal of Dermatology.

Kantor and Silverberg’s review also explored climate while pointing out the discrepancies and conflicting data among studies. For instance, regarding humidity, “Indoor relative humidity is inversely associated with eczema prevalence, i.e., higher indoor humidity is associated with lower rates of AD,” they wrote. “However, higher humidity may also provoke perspiration, which can be irritating and aggravate pruritus (itch).”

Research has found that environmental exposures during pregnancy — including stress and alcohol consumption — may increase a child’s risk of developing AD. Five out of six studies that Kantor and Silverberg reviewed found significant associations between prenatal stress and adverse life events with AD in children between ages 6 to 14 years.

In a review titled, “The envirome and what the practitioner needs to know about it” that appeared in the December 2019 issue of Annals of Allergy, Asthma & Immunology, author David B. Peden highlighted a Norwegian study of 63,626 children born from 2000 to 2007, which found that maternal depression during pregnancy and six months after could increase a child’s risk for asthma.

“Yet, some maternal exposures may actually lower the risk of AD in childhood, including dietary exposures and probiotics,” Kantor and Silverberg noted. “A systematic review of studies found that intake of [omega-3 fatty acids] during pregnancy may reduce the risk of AD and other allergic disorders in the first 12 months of life.”

AD prevalence also appears to be higher in urban areas compared with rural or suburban communities. “Urban living may be associated with increased stress, greater proximity to automobile traffic and related pollutants, higher exposure to other pollutants, fewer protective exposures such as manure and farm animals, and other lifestyle and cultural factors that might impact skin care. Future studies are needed to pinpoint the precise factors for why urban living might predispose to AD,” wrote Kantor and Silverberg.

Peden’s review noted that prenatal and early life exposure to the above-mentioned factors has a potentially significant impact as to whether an individual will develop asthma, AD or other allergic diseases.

“One general observation is that perinatal and early life exposure to pollutants, various infections and microbial populations, and stressors have a disproportionate impact on development of allergic disease when compared with such stressors later in life,” he wrote. “This suggests that early life represents an important immune developmental period in which specific environmental exposure may have a lifelong impact on the individual.”

That said, “it is doubtful that [exposure to environmental] factors that are harmful in AD are sufficient to cause the disease without an underlying predisposition,” Kantor and Silverberg cautioned in their review. “Rather, environmental risk factors likely contribute toward AD by being pruritogens and irritants, upregulating inflammatory processes and/or worsening skin barrier function.”

Insights from this research could identify potential risk factors of AD that could be addressed or modified to prevent or limit disease. 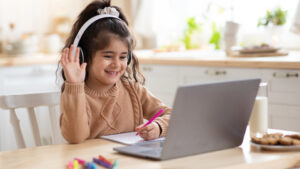 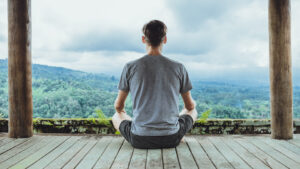