What I’ve Learned from 70 Years of Eczema 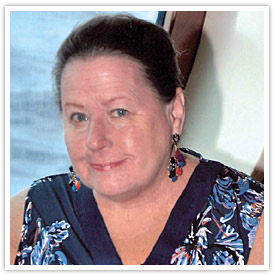 I’ve had eczema for seven decades now and the array of treatment options and information for and about eczema generated during that time is far greater than I could ever understand given my lack of medical training.

I have found that descriptions for each new drug teem with contradictions and provisos, making each new treatment seem an iffy experiment that might make existing skin problems worse or create new problems in a totally different body part.

I have backed off from a new drug simply because an alarm started clanging in my brain after reading some vague warning somewhere. I knew I could live with active eczema if I had to do so, and I wasn’t willing to risk potential kidney or liver failure with off-label drugs.

This has been very frustrating to some of my doctors, who just wanted to help me. One favorite provider of mine once introduced me to a group of physicians as his “most significant failure.” If so, it certainly wasn’t his fault; he tried everything and would have tried more if I had let him. I can’t explain my fear to myself, let alone anybody else. but it was my body being treated, not his.

When my eczema arrived in 1942 (I love telling people who ask my age that I was born in the first half of the previous century, it sounds keener), there weren’t many options for treatment.

My twin sister recently found a pair of the tiny flannel mittens my mother tied on our hands to keep us from ripping ourselves to shreds. The faint brown stains of old blood and coal tar ointment that no amount of bleach could remove prove that they didn’t work very well.

A girl who lived down the block had it worse: her eczema covered her from scalp to toes and she spent her days picking at the blue and purple scabs resulting from bandages soaked in iodine solution.

Twice daily my cousin had to lay naked on a bath towel under the cold blue glare of some sort of home light treatment. I don’t remember what the light source was, just the fact that she had to do this when she’d far rather be outside playing — or better, contentedly scratching away with a book and a glass of milk handy. But my cousin didn’t get milk either. Our poor mothers were desperately yanking away suspected culprits of every kind, trying to pin down what was making our eczema flare into frenzy.

One favorite provider of mine once introduced me to a group of physicians as his “most significant failure.”

All of us who grew up back then remember parents pouncing on new jars and bottles of stuff they saw advertised in magazines or suggested by friends. There obviously was no internet in the 1950s, and definitely no patient-centered support organizations for eczema, like the National Eczema Association. We were sailing blind on a scary sea with very flimsy oars.

Let’s jump into the 21st century now — what a difference fifty years has made! (It seemed a lot longer after scratching my way through all those years).

Over the past 24 years, I’ve had the opportunity to learn about eczema treatments as soon as they become known thanks to my involvement with the National Eczema Association. Learning more about eczema does not necessarily make me feel better physically but it gives me self-empowerment to know that I am no passive victim calmly accepting my condition.

People tend to make blanket assumptions about why we have eczema, even medical people who should know better. Blaming patients for their eczema not getting better is as pointless as blaming physicians for the same thing.

Our successful recovery requires extraordinary patience, good science, trust on both sides, and honestly believing that by working together we will get better results. After all, it was a group of patients, physicians, and researchers that worked together to created the National Eczema Association in 1988 to benefit all of us.

If I knew then what I have learned since, I’d probably have much happier skin now. Where’s a time machine when you really need one?