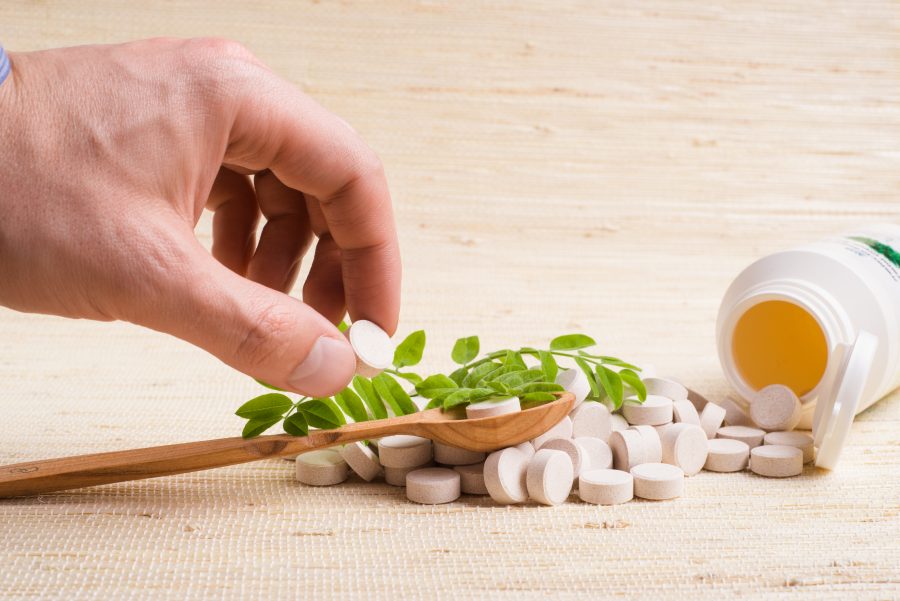 Since being diagnosed with eczema at age 8, Cindy Wong* tried various conventional treatments to manage her chronic itch. She relied mainly on topical steroid creams for the past 23 years, but they lost their effectiveness over time, making her feel powerless against her disease.

“When you’re relying on a cream to control your skin, you feel totally disempowered and passive to your condition,” said Wong, 32, who lives in London. “I want to understand why things are happening in my body, but my dermatologist would just say, ‘Nobody really knows.’”

Wong’s eczema hit an all-time low two years ago, with itching that kept her awake at night, paired with digestive issues and a diagnosis of endometriosis. Seeking serious improvement in her overall health, Wong decided to look beyond Western medicine to find relief.

“The biggest wake-up call was when my dermatologist told me that my last option was to go on immuno-suppressants,” Wong said. “I was reluctant to go down another slippery slope of medication because of the potential side effects. I started to look into [alternative medicine] because I wanted to see my health as a bigger picture.”

Like Wong, more than half of people with eczema have incorporated complementary medicine to help alleviate the symptoms of their disease and its comorbidities, to manage the side effects that can accompany medical treatments, and to enhance their overall health.

“Eczema can cause a significant decrease in well-being,” said Dr. Mamta Jhaveri, assistant professor of dermatology at the Johns Hopkins University School of Medicine, who was diagnosed with eczema herself at a young age.

“People turn to integrative medicine because they’re trying to answer the question, ‘What else can I do to get the best control possible over all my symptoms?’”

Have a discussion with your doctor

The first step toward any complementary therapy should involve a conversation with your doctor. “The most important thing is having a provider you feel well connected with,” Jhaveri said. “Find someone who can help you navigate treatment options safely.”

“Finding the right specialist is key,” Wong said. “Don’t be afraid of asking questions and doing your research beforehand. I asked my practitioner a billion questions, and she helped me understand my symptoms.”

Depending on which symptoms or comorbidities you’re trying to address, Jhaveri said your doctor can help you integrate the right conventional and complementary therapies.

Topical steroid creams are the cornerstone of conventional eczema treatment, aimed at reducing itch and inflammation. But Wong, who was concerned about the prolonged use of corticosteroids, decided to try plant-based oils as an alternative.

“Dry skin and impaired skin barrier play a role in eczema flares, so moisturizing is an important part of eczema care,” said Jhaveri.

She often recommends sunflower oil and coconut oil, two popular plant-based alternatives that are backed by some scientific research. Sunflower seed oil acts as an anti-inflammatory to soothe itchy skin, and it also helps restore the skin’s natural barrier. Coconut oil shows similar potential, not only as a moisturizer, but also because of its antibacterial qualities.

Because natural oils are relatively inexpensive, they can easily be integrated into a treatment plan under a physician’s guidance.

“There’s always a chance of developing a contact allergy when you try a new moisturizer, so make sure you’re looking at all the ingredients,” Jhaveri cautioned. “Just because it’s marketed as natural doesn’t necessarily mean it’s safe.”

Even if conventional medicine helps control itch and inflammation, some patients still struggle with stress, anxiety, sleep disruptions and other comorbidities.

Stress can exacerbate eczema by weakening the skin barrier and delaying the healing process. Some studies suggest that eczema patients can reduce itch by reducing stress, which shows potential for stress management treatments such as cognitive behavioral therapy (CBT) and meditation.

When eczema patients experience frequent sleep disruptions or behavioral issues, Jhaveri may recommend CBT, which teaches people to alter their behavior by changing their thought patterns. Studies have shown that CBT can reduce eczema severity, minimize itching and scratching, and possibly decrease the need for topical steroids.

“CBT is a way to retrain how we respond to stressors,” Jhaveri said. “It’s been shown to help in eczema care because we can teach our mind to change the way it responds to itch.”

Meditation is another method of redirecting your thoughts. Jhaveri has practiced meditation since she was a child, and she says it helps her manage eczema and asthma flares.

Although there isn’t much research to validate these benefits, Jhaveri is working to change that. Her research team from Emory University received a NEA research grant for their pilot study to assess meditation’s impact on chronic pruritus (itch) and quality of life.

After attending an eight-week meditation course that taught attention stability and breathing control, patients reported improvements in itch and its emotional impact.

“The whole mentality behind meditation is to let thoughts pass,” Jhaveri explained. “After the course, patients reacted better to the sensation of itch. They realized they didn’t have to scratch because the feeling would pass.

“They also noticed that they were sleeping better and engaging with people better,” she added. “Instead of scratching when they felt anxious, they were able to calm their reaction, so it didn’t affect their skin as severely.”

In general, stress reduction practices can help people cope with the psychological effects of eczema and improve their quality of life. But, as with all alternative treatments, additional research is needed to understand these benefits.

Certain cultures have been practicing intricate systems of holistic healing since ancient times, and some of these systems – like Traditional Chinese Medicine (TCM) and Indian Ayurvedic Medicine – are still popular alternatives for treating eczema.

“In conventional medicine, we look at the disease,” Jhaveri said. “But TCM and Ayurveda both look at the whole body system to see what is imbalanced. Then, they recommend diets, herbs, and practices like acupuncture and massage that can bring your body back into balance.”

Wong’s TCM treatment plan consists of traditional herbs and acupuncture along with a healthy diet and regular exercise.

“The framework of Chinese medicine has helped me understand how the body is an interconnected system,” said Wong, who first tried TCM as a teenager when she spent a year in China. “Through alternative treatment, I’ve learned to listen to my body and respond accordingly.”

Wong has been following her TCM treatment plan for over a year. Within four months, she noticed that her skin began to clear, reducing her reliance on steroid cream, and her endometriosis symptoms also improved.

Although positive benefits have been reported with TCM, scientific research is limited because there are so many variables involved and such variance between providers. Jhaveri stressed the importance of finding a qualified practitioner who can customize a treatment plan to meet an individual patient’s needs.

Listening to your body

The goal of any treatment is to maintain the best care for your condition and its comorbidities. When integrating complementary medicine, Jhaveri emphasized the importance of “listening to your body” and communicating with your physician.

“With Western steroids, I felt like a passive receiver of my symptoms, but through Chinese medicine, I understood what was going on with my body,” Wong said. “It gave me ownership over my health. Now when I have flares, I see my body as speaking to me rather than acting against me.”

Managing the multiple facets of eczema sometimes requires an integrative approach to not just treating the disease but improving your whole-body health. Although there’s no cure for eczema at this time, the right mix of therapies can make a big difference in your daily life.

“Integrative medicine is just like any treatment—it’s a way of life, and it requires changing what we’re doing to get better control of our disease,” Jhaveri said. “There’s no quick fix. But the more awareness we have, the more connected we are to our bodies, the better we can take care of ourselves.”

*Name has been changed to respect the patient’s desire for anonymity.