For many years there were few treatment options available for people with eczema, including for those with a severe and chronic form of eczema, atopic dermatitis (AD). Today, there are more than 40 new therapies in development, some of which may come to market soon, and new clinical trials are getting underway on a regular basis.

One such new therapy, crisaborole, is a non-steroidal topical that has performed well in multiple phase 3 clinical trials, including with children as young as 2 years old.

As defined by the National Institutes of Health (NIH), a phase 3 clinical trial is one when “the drug or treatment is given to large groups of people to confirm its effectiveness, monitor side effects, compare it to commonly used treatments, and collect information that will allow the drug or treatment to be used safely.” Children’s bodies can respond differently than adults’, so it’s important that this research included children.

If phase 3 trials yield positive results, the next step is typically for researchers to file for approval from the Food and Drug Administration (FDA). Following the positive results of the phase 3 trials for crisaborole, an application was filed with the FDA in March 2016. This has fueled speculation that the treatment could come to market in early 2017.

What is crisaborole, why is it a big deal, and how does it work?

Dr. Lawrence Eichenfield, professor of dermatology and pediatrics and chief of pediatric dermatology at the University of California, San Diego and Rady Children’s Hospital, San Diego, and member of NEA’s Scientific   & Medical Advisory Council, helped explain why crisaborole is exciting, how it works, and what it could mean for people with mild-to-moderate atopic dermatitis.

“It’s a big deal because for at least 15 years, other than reformulations of existing medications, there were no new treatments for atopic dermatitis,” said Dr. Eichenfield. Many of these medications are topical corticosteroids. These can ease redness and reduce inflammation and itching so skin can begin to heal. While effective for some people, these medications can have side effects, including thinning of skin, particularly with long-term use. “The clinical trials have shown that crisaborole is effective at decreasing inflammation and is well-tolerated with long term use.”

Doctors and researchers do not know exactly what causes AD, but it is believed that genetics and environmental triggers play a role. People with AD may also develop asthma or hay fever. It is also thought that the immune system is a factor — by sending out signals that result in the kind of skin inflammation that causes itch and redness.

Steroids are naturally occurring substances that bodies make in order to regulate growth and immune function. There are different kinds of steroids including anabolic steroids such as testosterone; female hormones such as estrogen; and corticosteroids such as cortisol, which is produced in the adrenal glands. This last type — corticosteroids — have been used for over 50 years in topical medications applied to the skin to treat inflammatory conditions, including eczema. These are called topical corticosteroids. They can be effective for some people, but not everyone, and can have side effects. They work just below the surface of the skin to reduce inflammation, and thus, the itch and redness.

How is crisaborole different from corticosteroids?

Topical corticosteroids reduce inflammation in the skin. Crisaborole, on the other hand, may reduce inflammation from happening by inhibiting an enzyme called PDE-4. Enzymes are molecules that cause a biological reaction, like digestion. When the PDE-4 enzyme is blocked, production of a pro-inflammatory protein called a cytokine is reduced — in other words, there are fewer cytokines, that can cause the inflammation that results in eczema symptoms, in the body. Additionally, the recent clinical trials indicate that there are fewer potential side effects associated with crisaborole.

“Currently there is a lot of under-treated AD because of dissatisfaction, and even fear, of existing treatments,” said Dr. Eichenfield. “These medications come with potential side effects and in many cases, are not effective. Additionally, there’s been a lack of understanding about the impact of this condition. This is a new decade of eczema care. Crisaborole is the first of potential new treatments for AD that bring new understanding of the biology of AD together with treatments that appear to be very safe.”

“We also have a new message for people with AD and it’s this: there is hope. They do not need to be living with the worst of AD symptoms. We can minimize their symptoms and they can have some relief.” 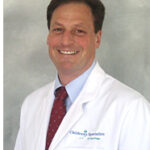 Lawrence Eichenfield, M.D.: Dr. Eichenfield is Chief of Pediatric and Adolescent Dermatology at Rady Children’s Hospital-San Diego, and Professor of Pediatrics and Medicine (Dermatology), at the University of California, San Diego (UCSD) School of Medicine.