Scientists identify a gene mutation that may cause atopic dermatitis 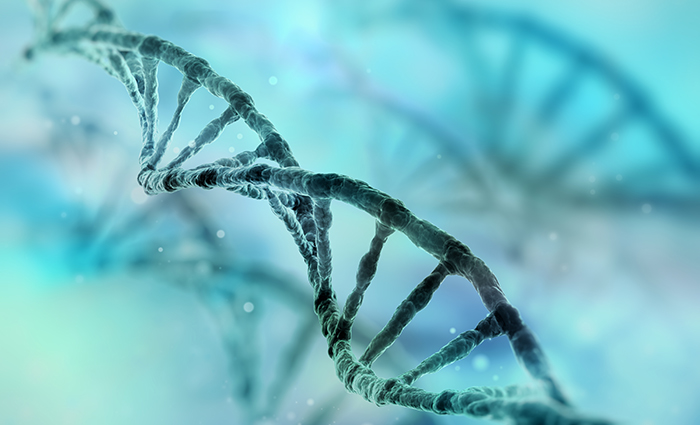 Scientists are on a mission to discover better treatments—and a cure—for the most common yet difficult-to-treat form of eczema: atopic dermatitis (AD). But to do that, they must first find the answer to the question, “What causes atopic dermatitis in the first place?”

Researchers have suspected for years that a combination of genetics and environmental factors are at play. But only recently have they identified a possible clear answer to that million-dollar question. Mutations or defects in a gene called CARD11 could lead to AD.

Scientists from the National Institute of Allergy and Infectious Disease (NIAID), a division of the National Institutes of Health (NIH), and other research institutions discovered these mutations in four unrelated families with severe AD. Their findings, published in the journal Nature Genetics, also suggest these defects could possibly be corrected by supplementing an amino acid called glutamine.

Researchers studied the genetic sequences of patients with AD and identified eight individuals from four families who all had mutations in the CARD11 gene. This gene provides instructions to a cell-signaling protein also of the same name. When cells don’t communicate with each other properly, it can lead to a host of problems in the immune system, including inflammatory skin diseases like AD.

The researchers concluded that CARD11 gene mutations prevent two cell-signaling pathways from activating properly. One of those pathways, known mTORC1, is activated, in part, by glutamine.

While some people in the study with the gene mutations had additional health issues like infections, others did not. This implied that mutations in CARD11 could cause atopic dermatitis without leading to other medical issues often found in severe immune system disorders.

The scientists also noted that each of the four families had a distinct mutation that affected a different region of the CARD11 protein, and yet all of these gene mutations had similar effects on T-cell signaling. Growing cultured T cells from patients with CARD11 mutations with excess glutamine seemed to boost mTORC1 activation, according to the scientists.

In other words, scientists might be able to correct these cell-signaling defects that lead to atopic dermatitis by supplementing glutamine and leucine, another amino acid that activates mTORC1. The researchers are now planning a study to assess the effect of supplemental glutamine and leucine in people with AD with and without CARD11 mutations.

Understanding the genetic makeup of people with atopic dermatitis allows scientists to create highly targeted treatments that not only relieve symptoms, but could potentially stop the disease in its tracks. When that happens, the disease will be nothing more than a distant memory.