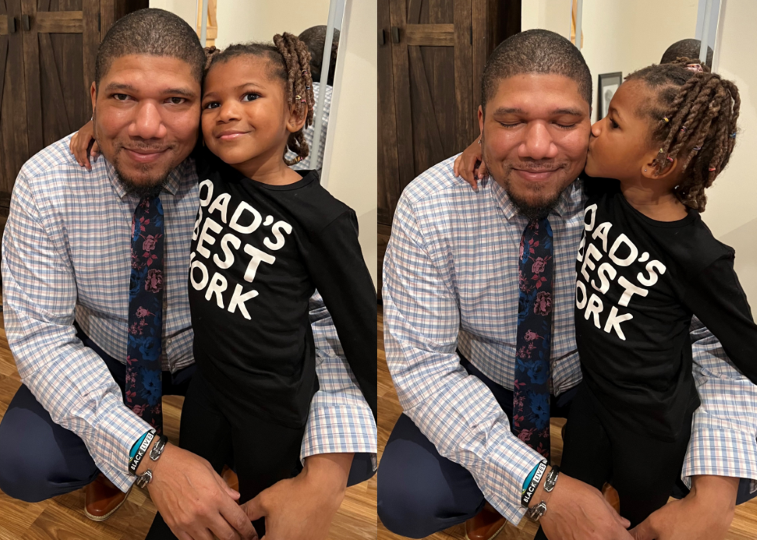 Recent NEA research has shown that eczema poses unique challenges to Black Americans. Not only is the disease more common in African American communities, it’s also more expensive to treat out-of-pocket, harder to control and more likely to result in severe dryness, rashes, flaring and infection. Three members of NEA’s community who are Black shared their experiences.

NEA Ambassador Charnae Sanders emphasized the individuality and accentuation of her skin tone. “I feel like Black people are often lumped together and treated as if we’re all the same, when this isn’t true. When you can talk to many people of color with diverse experiences, this can increase their understanding.”

When NEA community member Reggie Bryant was younger, his eczema flared so badly “it hurt just feeling the wind blow across my skin.” Finding the right treatment for his dry skin did not come quickly or easily for Reggie. “Doctors are not taught the many differences of Black skin,” he said. “I wish that more dermatologists would recognize that my color is a part of my identity.”

Traciee Thomas lives with severe atopic eczema and echoed Reggie’s observations. “I wish more dermatologists knew that when treating Black skin and people of color there is not a one-size-fits-all remedy for this skin condition,” she said. “The various hues of Black skin can make diagnosing a particular skin disease challenging if the provider is not familiar with the changes that can occur in the color of Black skin.”

Seeing – and understanding – differences in Black or brown skin may inform how doctors improve their treatment of people with eczema. Not all moisturizers and ointments work the same for all types of affected areas on the skin barrier; severe cases of eczema on Black or dark brown skin also appear grey or ashen, with scaly patches or lichenification. “I was always taught to never see color,” said Reggie. “That sounds good, but it’s deceiving. I would ask my dermatologist to see my color: recognize what makes me different.”

To treat her eczema symptoms, Ashley Hardy experienced multiple rounds of allergy testing – a lengthy, painful and expensive process – before recognizing her allergens and learned how to best manage her severe atopic dermatitis. “People of color are not represented very well in books about health,” she said. “Eczema does not look the same in darker skin. And it makes me question how well a doctor can treat skin of color if it isn’t a part of their education.”

Reggie, in his role as vice president of a healthcare service company, made a similar comment about the medical textbooks he saw in his line work. “Most of my studies, down to the pictures in our textbooks, were of white people,” he said. “If doctors don’t have textbooks with people of color who have dark skin, how are they supposed to treat patients of color?”

Beyond dermatology: holistic healthcare can provide a wider range of treatment options

Charnae Sanders said she wished her dermatologist knew there was more to her condition than what shows up on her medical chart. “Even though the effects of my eczema can be seen physically,” she said, “there is emotional and mental pain I live with: it’s important that dermatologists are mindful of how they talk to patients and recognize that the scars we carry aren’t limited to what the eye can see.”

“I would recommend that doctors lean towards using more of a holistic approach,” Charnae said. “I appreciate it when my dermatologist does not just limit the conversation to better care but also discusses how to manage my stress and find support groups for people who also have eczema.”

Reggie mentioned the importance of food as an essential part of Black culture. “Never in all my conversations with dermatologists have I heard any questions about Black culture and food,” he said. “There may be things in our diet, as a culture, that are eczema triggers. People are so sensitive to inclusion and acceptance: we want to talk about how we’re all the same, but there are things that are different about us, and it’s okay that they are different.”

Ashley Hardy had also considered the possibility that her diet was impacting her dry skin. “I went to see a new dermatologist and told him what I had eaten before having the reaction.” Ashley had not changed anything in her diet recently, but she had just experienced her worst flare up in years and asked if it could have been something she had recently eaten. “I just figured it was stress and sweat,” she said. “But after testing for allergies I found out I was allergic to egg whites and gluten. I was devastated, but I did see relief in my skin.”

Inclusion of Black patients in clinical trials and product development

“There is a belief that most studies are not done on people of color,” Reggie said. “Therefore, the science is most likely based on white people.” Ashley spoke to the challenge of treating patients of different ethnicities with different skin types if they weren’t represented in clinical trials. “Eczema does not look the same on darker skin,” she said. “It makes me question how well a dermatologist can treat skin of color if people with dark skin aren’t included in these studies.”

Ashley expressed a similar sentiment about different types of treatment. “Certain companies create skin products that do not account for skin of color,” she said. “There are steroid creams that cause severe burns, but the same products don’t always have the same impact on people without skin of color. Not all dermatologists think about those issues when they prescribe medicine to people of color.”

Reggie’s 4-year-old daughter, Bailey, also lives with eczema and has experienced similar challenges with treatment of her dry skin. “Her flare ups have caused her to scratch to the point of bleeding,” Reggie said. “But with many of the steroids they prescribed for Bailey, not only did they change the texture of her skin, they changed the color of her skin. The dermatologists never told us this could happen for Bailey, that her skin color could change.”

Incident rates of eczema are rising across all demographics

There are many potential reasons why rates of eczema are rising in the U.S. Research has shown that the incident rate of atopic dermatitis is higher in Black children than children of European or Hispanic-descent. No matter the cause of this increase, the opportunity remains present for better inclusion of Black voices in the medical community to drive the conversation about tomorrow’s treatment options. “As a teenager,” Reggie said. “I didn’t know anyone else with eczema. But now there’s more awareness, more acceptance. People sympathize a little more. Now it’s time to evolve and expand the science.”