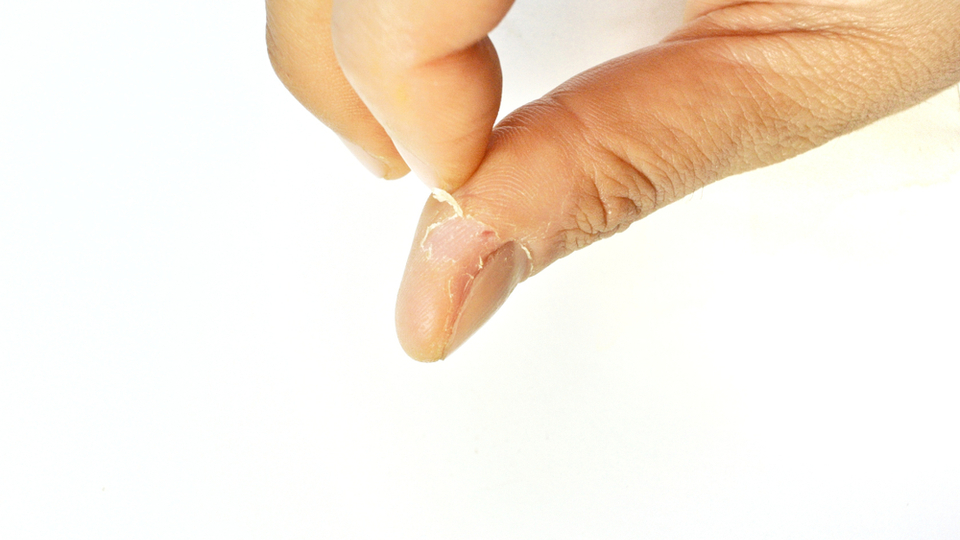 Life with eczema means touching your skin and, inevitably, scratching. But too much scratching (or, worse, picking) can be damaging, can lead to infections and scarring and it can become a problem unto itself.

Here’s how to tell the difference between occasional skin picking and skin picking disorder (also known as dermatillomania), and what to do if scratching starts taking over your life.

Dermatillomania is marked by repetitive scratching, picking, pulling, squeezing, scraping, lancing, rubbing, digging, or even biting of the skin. It’s considered part of the obsessive compulsive spectrum. “Dermatillomania (skin picking) is probably much more common than people realize,” said Peter A. Lio, MD, a clinical assistant professor of dermatology and pediatrics at Northwestern University’s Feinberg School of Medicine. “In fact, many of my eczema patients announce that they are ‘pickers’ and I’m always grateful to know this because it can affect my treatment approach.”

It can also cause embarrassment — over the behavior itself as well as its visible results. Often, it’s skin on the face, hands, arms, legs or back that people pick at, and, while fingers and fingernails are the most common implements, tweezers, pins and other “tools” are sometimes involved. After a picking incident, a person may try to hide the subsequent wounds with makeup, clothing, or by staying home and avoiding contact with others.

Skin picking urges can be linked to times of stress, anxiety, sadness or even boredom. Picking may also be a way to release tension that’s built up due to impatience, frustration, dissatisfaction, or overstimulation.

Dermatillomania is more common than many people realize

According to the Journal of Psychiatric Research, skin picking disorder affects approximately 2.1% of people at some point in their lives, but it’s likely under-reported and under-recognized.  “I do think that eczema patients are more likely to experience dermatillomania,” Dr. Lio said. “And it’s probably a ‘chicken or egg’ situation: those who are more likely to pick at their skin can probably trigger inflammation and thus eczema at times; on the other hand, those who have itchy, dry skin are far more likely to pick and scratch.”

When does normal scratching turn the corner towards skin picking disorder, with its obsessive compulsive tendencies? Lio emphasized that there is a range, not an absolute threshold.

“Through a good discussion with a patient I can usually get a sense of how much actual itch is driving things versus just feeling the need to pick and scratch at the skin,” he said. “Sometimes there is a component of both.”

Vladimir Miletić is a psychotherapist with SkinPick.com, an online community for people suffering from compulsive skin picking. Miletić explained how “eczema serves as a fertile ground to either aid in the development of skin picking, or to perpetuate it by providing an ever present trigger.” The relationship, then, between eczema and dermatillomania is complex and deeply psychological. “We sometimes look at skin picking as a way to avoid experiencing and processing difficult emotions such as anxiety, anger, sadness, guilt, etc,” said Miletić. “In such cases, skin picking serves as a way to self-soothe, to release some of the tension arising from intense feelings. When this psychological layer is present, it’s likely a good time to think of it in terms of a psychological issue, rather than a mere reaction to an itch, a rash, or some other skin condition.”

Cognitive behavioral therapy (CBT), habit reversal exercises, support groups, treating itch, and caring for picking-related infections and wounds are part of the multi-pronged approach to caring for dermatillomania. Sometimes antidepressants like selective serotonin reuptake inhibitors (SSRIs) may be prescribed. According to the TLC Foundation for Body-Focused Repetitive Behaviors and a report in JAMA Psychiatry, supplementation with n-acetyl cysteine may also be used to impact levels of glutamate (a chemical that triggers excitement in the brain).

There are ways to reduce the impulses to pick

Techniques that can help minimize the urge to pick or alleviate the picking compulsion, without causing damage include:

Everyone scratches and occasionally picks at their skin — and with eczema, scratching and picking is even more likely. But by recognizing when skin picking is becoming a damaging repetitive behavior, a person with eczema can get the help they need.

If you think you or a loved one needs support for a skin picking disorder, you can find information about treatment, support groups and additional resources from the TLC Foundation for Body-Focused Repetitive Behaviors at bfrb.org and other online sources like SkinPick.com