When eczema runs in the family 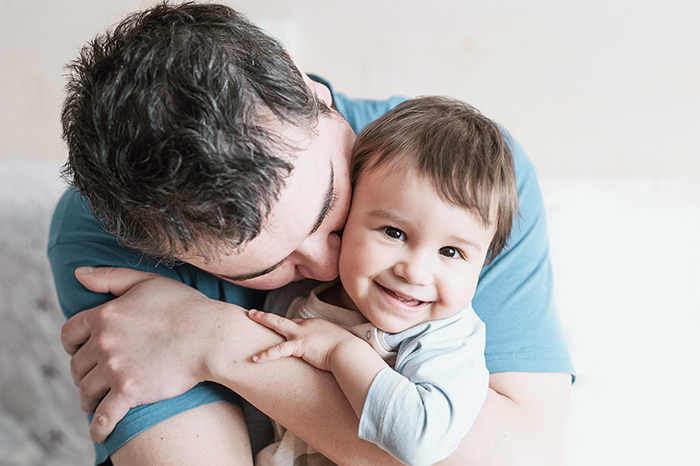 Advocacy comes naturally to Jill Lane, a woman who spent 10 years in the political fray, working on campaigns and fostering civic engagement at every opportunity. A political science professor at North Seattle College, Lane applies her gift for strategic thought and action to the everyday challenges her children face. Both of them have eczema.

Lane herself was 6 years old when she was diagnosed with the condition. Her symptoms remained mild for many years, but in her early 40s, she developed burning mouth syndrome, a rare condition that caused pain and a scalding sensation along her tongue, gums, lips and the roof of her mouth. “I could barely talk, much less eat,” she recalled.

Four years ago, an allergist traced the problem to a wheat allergy. Once Lane stopped eating wheat, her burning mouth symptoms subsided, and her skin cleared as well. Today, all that’s left of her eczema are a few occasional patches.

However, eczema continues to wreak havoc in her family. The Lanes’ 14-year-old daughter Wren’s symptoms have eased since she entered puberty. But their 9-year-old son August has full-blown eczema, along with severe food allergies and eosinophilic esophagitis, an inflammatory condition that affects the esophagus.

“During our summer vacation,” said Lane, “August had a massive allergic reaction to the sheets at our hotel. We had to leave early. We decided to bring our own sheets to an Airbnb rental, and that worked out better—but it was far from perfect. Anything out of our usual routine is hard to adapt to. A problematic air freshener or cleaning product always seems to be lurking in the background.

“We’ve learned that plans aren’t static,” Lane continued. “If we buy tickets to Comic-Con or some other event and the kids are too sick to go, we don’t go. And if we’re invited to a party, we do our best to come, but we may need to cancel at the last minute.”

Next year, the Lanes are planning a summer staycation, featuring day trips in their own great city of Seattle. “Life doesn’t stop when someone is sick or suffering, so we’ve been figuring out how to do life differently,” she said.

The Lanes’ approach exemplifies the mindset that licensed clinical social worker Jennifer Moyer Darr tries to get across to her eczema patients at National Jewish Health, a Denver-based hospital specializing in lung, heart and immune diseases. “It’s about reframing negative messages and situations and figuring out positive alternatives,” Darr said. Alternatives like a staycation, for instance.

Beyond the benefits of a flexible attitude, Darr offers the following advice for eczema families:

“I’m also a big fan of fidget toys,” she said. “It’s easy to find these online. Consider investing in a couple of squeeze toys, an infinity cube or a puzzle with moving parts. Choose toys that make clicking sounds or ones that move around but don’t come apart.”

Coping with ‘The Big Itch’ as a family

Chicago resident Jennifer Sirken, another member of the inter-generational eczema club, feels that her history with eczema helps her understand what her children are experiencing. The Sirkens’ three sons all have the condition, but just one of them, Liam, is bearing the brunt of its most severe form. The 4-year-old refers to it as “The Big Itch.”

Surprisingly, Liam’s fraternal twin, Aidan, only has a few patches here and there. Connor, the littlest member of the Sirken family, also has mild eczema symptoms.

Eczema and its common comorbidities—allergies and asthma—run deep in the Sirken family. Sirken’s father has a long history of eczema on his hands. And her husband, who still has allergies, had childhood asthma.

Sirken’s skin erupted after Connor’s birth in 2016. Thankfully, a combination of topical steroids and intensive moisturizing have tamed her symptoms, making it much easier for her to focus on her children’s eczema.

“Whether or not a parent has eczema, it’s a family diagnosis,” said Dr. Robert Sidbury, a pediatric dermatologist at Seattle Children’s Hospital. “Four out of five children with eczema have a family member with eczema, asthma or allergies, including food allergies.”

Sidbury explained that people with eczema lack one important little protein, called filaggrin, that acts as a sealant and locks moisture in the skin. Without it, the skin leaks water and dries out, allowing allergens and irritants to set up shop there and cause trouble.

“Try to attack eczema as a family,” he advised. “Keep regular, consistent habits, from diet to moisturizing rituals.”

Food allergies in particular can create problems within the family, he said, so if a child has allergies to particular foods, consider removing them from the fridge and pantry altogether.

“As for skincare products,” said Sirken, “our policy is if it works for Liam, it works for everybody.” She’s also a big fan of NEA’s Seal of Acceptance™ product list, which includes eczema-friendly personal care products, household products, fabrics and devices, all of which are free from known irritants and allergens.

Sometimes, Darr said, parents with eczema who have children with eczema carry around a ton of guilt for their children’s plight. “Guilt is totally misplaced. You can’t think that you did this. Take the example of twins”—like Aidan and Liam Sirken—“where one has it and the other doesn’t. How are you responsible for that?,” she asked.

“The most important thing is to be a good role model for your kids,” Darr continued. “Teach them good self-care, consistent routines and a willingness to educate others about eczema. There’s simply no room for guilt, shame or blame here.”

Casselman urges parents to make life as easy on themselves as possible—and on their kids. “Treatment is always very individual, even within families, so if more than one family member has eczema, it can be challenging to stay organized,” she said.

Parents can adopt a few simple measures to keep everything on track. For example, “put each family member’s medications and skincare products in a separate bin,” Casselman suggested. “Instead of restricting moisturizers to the bathroom, leave them out in convenient places where they’re likely to be seen and used: on the nightstand, in the car, in the TV room or on a little table near the front door.”

Casselman’s son has mild eczema on his cheeks, and her daughter’s skin is sensitive too, especially in winter. “They didn’t like any of the lotions I got for them, claiming that they burned and stung. Luckily, a dear family friend bought them a new product, and my kids accepted it right away—probably because it didn’t come from me! They felt they had a choice in the matter, rather than having to just follow their mom’s orders.”

Moisturizing can be tedious, she noted, so “make it fun. If your little girl has eczema, make moisturizing a princess-y thing. Create a story and embellish the ritual.” And if you have a son with the condition, she said, make it an adventure, starring him as the superhero who defeats the eczema monster.

“Feel free to use your imagination,” Casselman added. The ability to imagine is a very real superpower, one that parents can harness to keep The Big Itch in check.