Itching for relief from my eczema 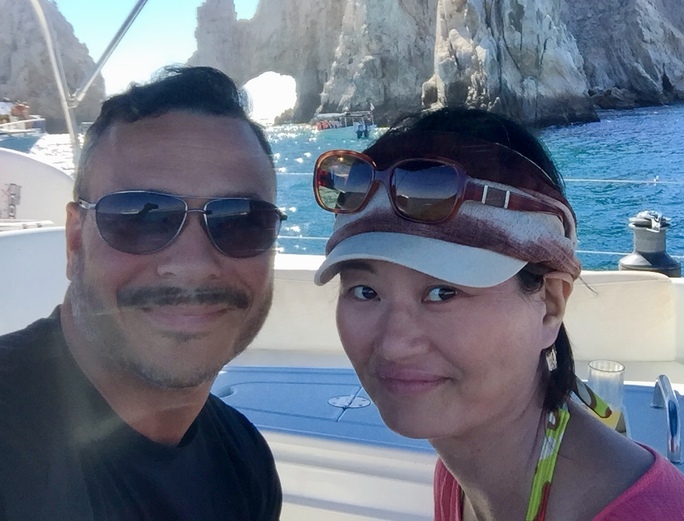 When my itch was so intense that it seemed impossible to leave the house in the morning, I would do a handstand against the wall. Being upside down helped me enough to make it out the door.

The itch so intense and widespread, that creeps up and keeps pounding, making me contemplate slicing my skin to replace it with pain. Is this dizzying blow what people with migraines go through?

During the day, the itch is constant, tingling and untraceable. Is this what fibromyalgia feels like, but an itchy version? Trying to distract myself from the itch is exhausting. No wonder there is a connection between eczema and depression.

Because the itch intensifies at night, unless a hard, pointy object is placed under my back, I can’t fall asleep. I wake periodically, itchy and scratching.

If only the itch would go away. I could live with the rash—the dry and coarse skin that I hide behind long sleeves; the bleeding, burning, oozing and weeping skin.

Sometimes my skin would be so tight that it would not allow me to extend my elbows and knees. The shirt would stick to my skin, and close to tears, I would peel the fabric off my micro-wounds. Is this what a severe burn patient goes through?

It was all in my head

I am ashamed to admit that I have atopic dermatitis as though it were genital herpes. I feel “less than” for my flawed skin and immune deficiency. The thing is, nobody made me feel inferior except for me. I observe in amazement how people call something on their skin “gross.” If I called my skin gross, I would be gross.

I am unapologetic about everything else but my eczema. Yes, I have endured occasional mocking and finger pointing, but no outright bullying. Yes, I have had hurtful reactions from aggressive salespeople that inadvertently touched my flaky arm.

Yes, I have been stopped at immigration and forced to explain that my puffy, flaking, red face is not contagious. But for the most part, I am the one who is surprised that people don’t seem to care about my flare.

My atopic dermatitis had long been explained to me as having been caused by the antibiotics treatment for my kidney infection at the age of 2. Perhaps for that reason, my parents shunned medication and chose to stick to alternative therapies.

We relied primarily on holistic reiki treatment throughout our move from Japan to Germany, Indonesia and back. Accepted were acupuncture, acupressure, reflexology, obscure herbs and prescription Chinese herbal medicine.

By the time I was in college, I had a chronic rash, no known triggers, nor a means to control the flares when they happened.

When all else fails, try, try again

In my mid-20s, back in Japan, within a matter of months, my skin barrier seemed to shed a few layers accompanied with intense itch, pain and oozing. Barely able to go to work, I checked myself into a hospital, three hours away on a bullet train, suggested by a coworker.

This dermatologist in northeast Japan distrusted topical steroids, and the patients were hospitalized for a minimum of three months at a time to be treated with zinc ointments and daily sulfur mineral baths. Many were said to be going through steroid withdrawal, but I had used close to none and still shared their symptoms.

After dismissal in the minimal thee months, I was in remission and remained so for a while. A trip to the Dead Sea in Israel kept me in further remission, but within five years, I checked myself in for another month. The doctor was not pleased about my decision of the incomplete cycle, but putting your life on hold for months at a time gets old, universal health care or not.

I then found a dermatologist in Tokyo that had spent a year at the National Institutes of Health and who focused on allergens. I opened up to using non-steroidal ointments and even topical steroids for my patches. I faithfully took this medication for more than 10 years.

Nearing 40 and living in Pakistan, unaffected by the harsh climate and unhygienic surroundings, I thought I was finally over my AD. But alas, a year after I moved to Los Angeles, my skin became red and itchy. I reluctantly took corticosteroids under a random dermatologist to no avail.

My doctor in Japan had no new options and the dermatologist in L.A. gave up on me. I was left without a clinician by the time I was transferred to Chicago and started oozing. I finally squeezed in an appointment with a new dermatologist in Chicago.

Finally! Something that works for me

As anticipated, it produced no results. When we were out of options, my doctor got me into a clinical trial for biologics. Finally, in the summer of 2016, I was in a double-blind phase 2 trial.

By the time dupilumab entered the market, I was ready. With this injection, the chronic itch is nearly gone and my skin barrier is restored like never before. Now, I don’t flinch to go camping, sweat in the heat or be intimate.

Still, I am acutely aware that I am not eczema-free. I worry about the day my biologic stops working. But I do know that my options are expanding and that more treatments will enter the market. And even though I don’t need to do it for my itch anymore, I am also close to getting into a handstand without the wall.

Kuniko lives in Chicago with her husband, Mac. She is a diplomat and a certified yoga teacher. 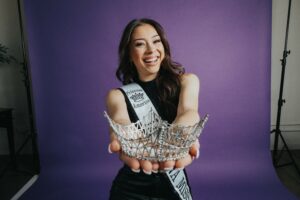 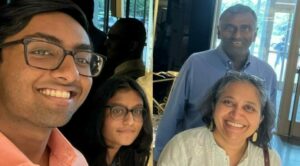 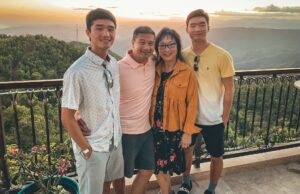