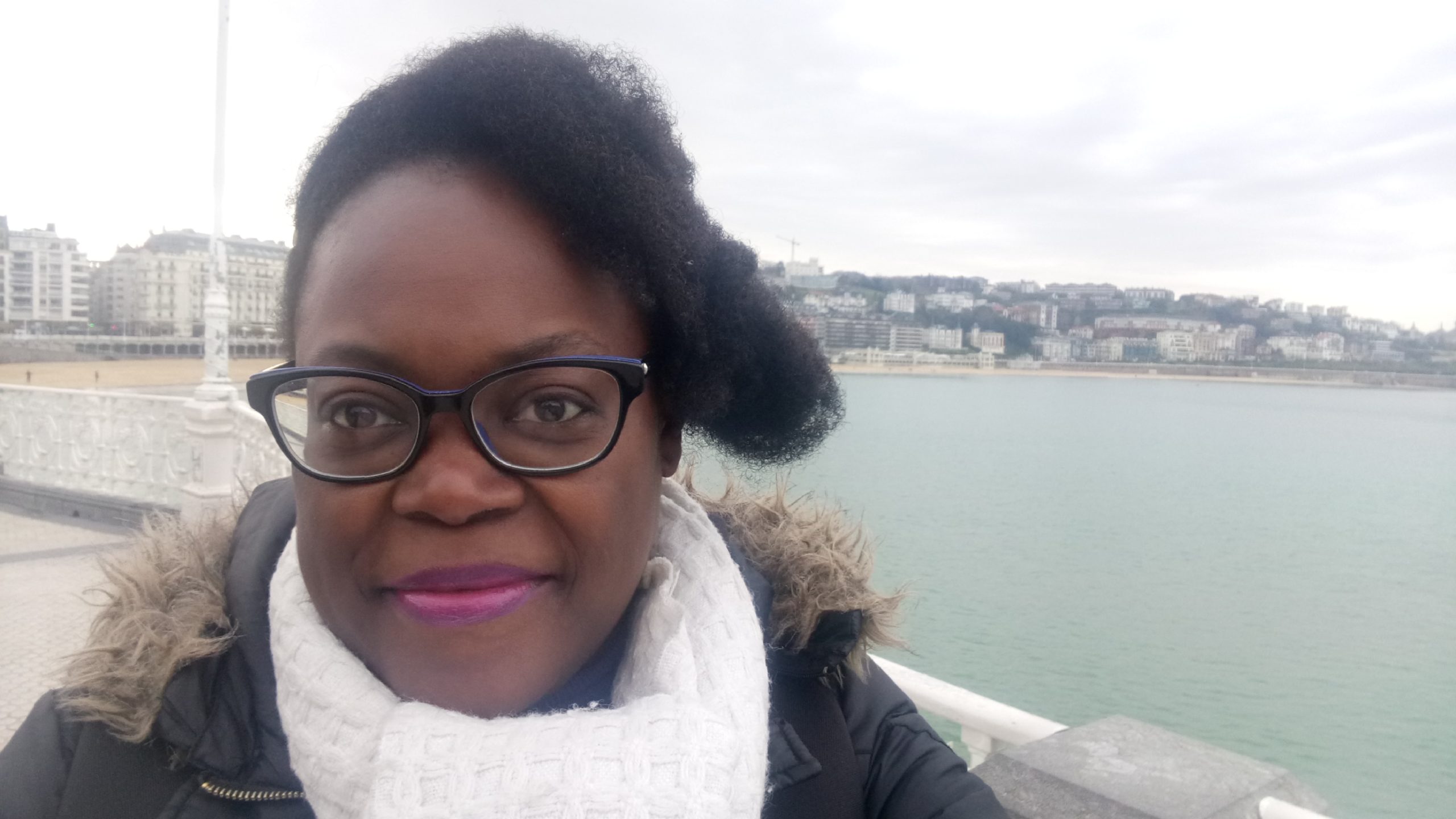 One day in the winter of 2009, a spot on the back of Roselyne Kuete’s left forearm started itching. A few days later, two dry patches appeared. She made an appointment with a dermatologist, who told her she had eczema and prescribed a mild cortisone cream and moisturizer. The patches went away, and that was that — or so she thought.

The itchy patches soon returned to the same place on her arm. This time, her dermatologist prescribed a slightly stronger cortisone cream. Before long, a pattern emerged: after each course of cortisone treatment, Kuete noticed her symptoms return with a vengeance.

Meanwhile, her dry patches were expanding to other parts of her body, including her upper arms, legs, back and chest, while the intervals between flares were getting shorter and shorter.

“At first, I’d have a flare once every two months or so,” said Kuete, “but later, they came more and more often. At its worst, my eczema would flare every day. It was terrifying because I didn’t have time to heal between flares.”

That failure to heal showed up in the form of scarring. “The dark blotches all over my skin made me look like a giraffe,” she said.

Kuete wanted nothing more than to hide her condition. That was easily accomplished during the colder seasons when she could wear pants or leggings with long-sleeved tops and sweaters. But the warmer months were another story.

“I could barely summon the nerve to wear skirts, shorts or T-shirts and I was always looking for ways to cover up, even if it meant that I’d be sweaty and miserable when the temperature soared.”

Kuete rarely spoke about her eczema, not even with her closest friends or relatives. No one knew how bad it was, not even Kuete herself. Instead of facing the serious nature of her condition and its negative impacts on her life, she remained in denial.

“I think I buried my head in the sand to avoid confronting it,” she confessed.

Her wake-up call came when her mother caught sight of her arms and legs. “You used to have such beautiful skin,” her mom told her. “What happened? You need to do something about it!”

At that moment, Kuete saw herself through her mother’s eyes. She finally admitted to herself that she couldn’t continue to hide the truth — or her scars — from her loved ones or from herself. Since conventional medicine failed to help her, she decided to find ways to help herself.

A path to self-healing

Kuete started researching foods and natural products with the potential to ease her eczema symptoms and decidedto try some of them out. After nine months of exploration, “I started seeing modest results,” she said. “For one, my itching had become less intense. It took me nine more months to get rid of 90% of my scars.”

A couple of years later, Kuete’s skin had changed for the better, “and so had I,” she quipped. “I had grown much more aware of my needs, my environment and the interaction between the two.

“Now, I can recognize the signs of a flare before it happens,” she continued, “and I can take steps to prevent a full-blown episode. These days, my skin only flares about once a year, and my flares are much, much milder than they were before I set out on my journey toward healing.

“My success in dealing with my eczema came when I accepted the need to live with my condition rather than fight it,” Kuete explained. “At that point, I let go of the past and started focusing on small, achievable goals — and I was rewarded far above my expectations.”

A life across two cultures

Kuete was born and raised in Cameroon, a country in Central Africa, where her parents continue to live. Nearly 20 years ago, she moved to France to pursue graduate studies in management. She earned her master’s degree and took a position with a bank in Paris.

“I am fully integrated into the French way of life,” she said, “and I also travel to Cameroon regularly. I have one foot planted firmly on each side of the fence, allowing me to switch easily from one culture to another.”

Kuete grew up in the bosom of a caring family that gave her the space to express herself, develop self-confidence and work hard to reach her goals. Athletic and intellectually curious, she credits her dad as the source of two of her strongest passions: tennis and wine!

“I prefer a red wine with a woodsy, musky taste,” she said with a just a hint of a smile.

A self-proclaimed global citizen, Kuete benefits from a support system that includes family and friends all over the world. And yet she confesses to being “old school.”

“I’d rather see people face-to-face than engage with them on social media,” Kuete admitted. “The exception is WhatsApp, mainly because I have friends and extended family in so many countries that I couldn’t keep up with them without it.”

An entrepreneur with heart

Kuete’s management background, her natural taste for entrepreneurship and her empathy for those who share her condition have recently come together in an exciting new way. She’s in the process of building a business charged with helping people manage their itch, whether caused by eczema or other skin conditions.

She’ll aim to provide coaching services to adults and children, focusing on preventive strategies, natural treatments and advice regarding potential environmental triggers. She plans to share what has worked best for her: organic, plant-based oils that she formulated to heal her own skin during and between flares.

Her mantra? If you can manage your condition when your skin is clear, you may be able to limit or even prevent future flares. That’s at the heart of Kuete’s approach to complementary medicine — one that’s working for her and, she hopes, might work for others seeking a gentle path to healing.