How to be an advocate for yourself and others 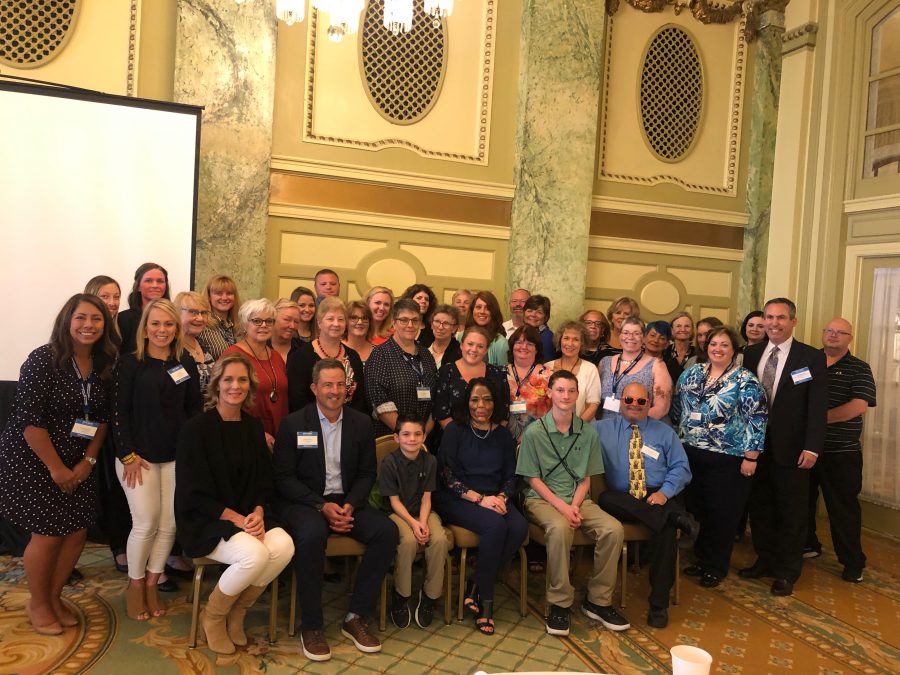 As a teacher and mother in Nashville, Tennessee, Cara Ellis never imagined herself meeting with legislators in Washington, D.C. But when her son, Walker, was born with eczema in 2012 — and then her older daughter, Callan, was diagnosed several years later — Ellis suddenly became “an accidental lobbyist” for eczema, speaking out about the challenges her family endured.

When countless over-the-counter treatments failed to calm her son’s painful skin, Walker’s pediatrician prescribed a steroid ointment. But when Ellis arrived at the pharmacy, she learned that her insurance would not cover his medication.

Instead, the insurer required Walker to wade through step therapy, trying — and failing — several cheaper medications before granting coverage for his prescription. Step therapy, or fail first, is a health insurance protocol that requires patients to try and fail on one or more medications before approving coverage for the treatment originally prescribed by their physician.

“We had to start all over and then work our way up to the right steroid ointment that our pediatrician prescribed. All the while, she knew that the products in between were not going to work,” Ellis said. “It infuriated me.”

In 2019, Representatives Raul Ruiz (D-CA) and Brad Wenstrup (R-OH) introduced a bi-partisan federal bill called the “Safe Step Act” to reform the use of step therapy.

“The step therapy amendment is one of the most important issues that NEA is currently working on at the federal and state levels,” said Kelly Barta, senior manager of advocacy at NEA. “This legislation ensures patient safety, recognizes the importance of the physician-patient relationship, and increases transparency for both patients and health care providers.”

Walker eventually received the steroid ointment his pediatrician initially prescribed. The treatment helped to reduce his inflammation and relieve his itch. Although her child’s eczema is now under control, the frustrating journey inspired Ellis to speak up.

She began advocating through NEA in 2018, first by asking her state officials to recognize October as Eczema Awareness Month — which they did. Then, Ellis attended two Derma Care Access Network (DCAN) meetings in Washington, D.C., where she shared her family’s eczema journey with policymakers.

More recently, Ellis joined hundreds of members of the Coalition of Skin Disease on Capitol Hill for the American Academy of Dermatology Association (AADA) Legislative Conference.

“Although eczema is incredibly common, our legislators don’t understand how difficult it is to take care of yourself or a loved one who has eczema,” she said. “The AADA Legislative Conference was an opportunity for me to share our struggles with step therapy and educate our lawmakers about the impact it’s having on their constituents.”

You don’t have to be an expert to be effective

Ellis and participants from 36 states were present at the annual AADA Legislative Conference in Washington, D.C., this past September. Attendees at the three-day event included dermatologists, patient group leaders, practice administrators and political insiders, in addition to patient advocates like Ellis. 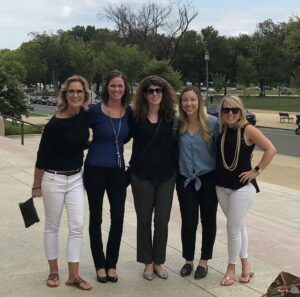 The goal of the conference was to educate participants about how health policy impacts dermatology patients and practices, while equipping them to advocate effectively.

Event coordinators emphasized attendees didn’t need to be experts in the legislative process. Throughout the conference, the AADA provided briefing materials and training workshops to help participants present their stories to legislators on the third day.

“We had workshops that helped form our story and make our messaging clear and concise,” Ellis said. “The training and resources really made us feel empowered to go into those meetings with confidence.”

On the third day, conference participants met with officials at 157 U.S. House of Representatives offices and 71 Senate offices to address legislation that could impact rising pharmaceutical costs, access to medical treatments and other important issues. Of these 228 congressional meetings, 84 included direct encounters with elected officials.

For these meetings, participants were grouped with other advocates from their home states. Ellis’s group included four dermatologists, which made the experience seem even more daunting. But through her advocacy experience, Ellis realized the power of her personal story could make a huge impact.

“What I have learned, and what I hope people take away from me sharing my experience, is that there is no amount of education or experience that will ever speak louder than your own story,” Ellis said.

“So many people discount their story because they don’t have a certain degree or clout behind their names, but I know how powerful my personal experience is, and that gives me the confidence to stand in front of these elected officials.”

Another first-time participant at the AADA Legislative Conference was Amber Jewett whose 4-year-old son, Jack, has had eczema since he was 4 months old. She said the conference helped her understand issues from her legislators’ perspective so she could shape her story to intersect with their priorities.

“It’s a little intimidating walking through those offices on [Capitol] Hill, but you are the expert in eczema for your child, so you have to help educate them,” Jewett said. 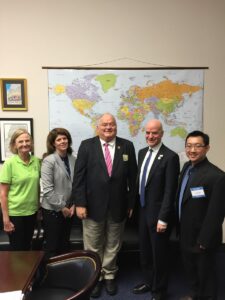 “They work for us, and they need to understand that this really does impact not only my son, but others. If we can get them the treatments they need, that cuts health care costs for all of us. It means less time out of work for parents like me, so it has a ripple effect on the economy.”

Jewett’s biggest concern heading into the congressional meetings was presenting her story without getting too emotional about the struggles she faced. To keep herself on track, she put together a one-page handout that showed pictures of Jack with rashes covering his face, legs, and hands, along with statistics about eczema.

“Developing that one-pager helped hone my message,” Jewett said. “The pictures told the story, so I didn’t have to get emotional, and I could talk in terms of strengthening pharmaceutical access and affordability.”

The importance of getting involved

Jewett remembers feeling hopeless leaving Jack’s doctor appointments after learning that he’d have to wait months to see a pediatric dermatologist. That’s when she decided to get involved because advocating offered an opportunity for her to take action.

“We can’t always control eczema, and as much as my son has improved, it’s just so frustrating because you don’t know how to help your child,” said Jewett, who lives in Carthage, Missouri. “As a parent, you want to fix things, so this is the outlet for me to work on fixing it. If you’re not involved in the process, then nothing’s going to change.”

Jewett’s mission is to raise awareness about the challenges of dealing with eczema. “If people aren’t aware of the burden of it, I don’t think we’re going to get as much traction on the new drug development and therapies that we really need,” she said.

Ellis said the AADA Legislative Conference made her realize that most legislators don’t see how issues like step therapy impact simple treatments for conditions as common as eczema — until constituents speak up about it.

“As soon as I stop telling my story, that’s when the progress will stop,” Ellis said. “I can’t sit back and hope that lawmakers will wake up one day and decide step therapy isn’t appropriate anymore. I have to be a part of the work that goes behind making that a reality.”

That’s why Ellis encourages others to join the cause, creating a snowball effect of advocacy magnifying the impact of events like the AADA Legislative Conference.

“I would love to see more people get involved in this process,” Ellis said. “I feel like we’ve lost the understanding and the belief that our voices really do matter. Yes, it’s important that we vote, but it’s even more important that we continue to make our voices heard beyond election day.”

Ellis hopes to set an example for her children as they watch her in action. “I’m using my advocacy experience to empower them,” she said. “I’m driven to continue sharing our story because I want my son and daughter to see the importance of standing up and using their voices too.”