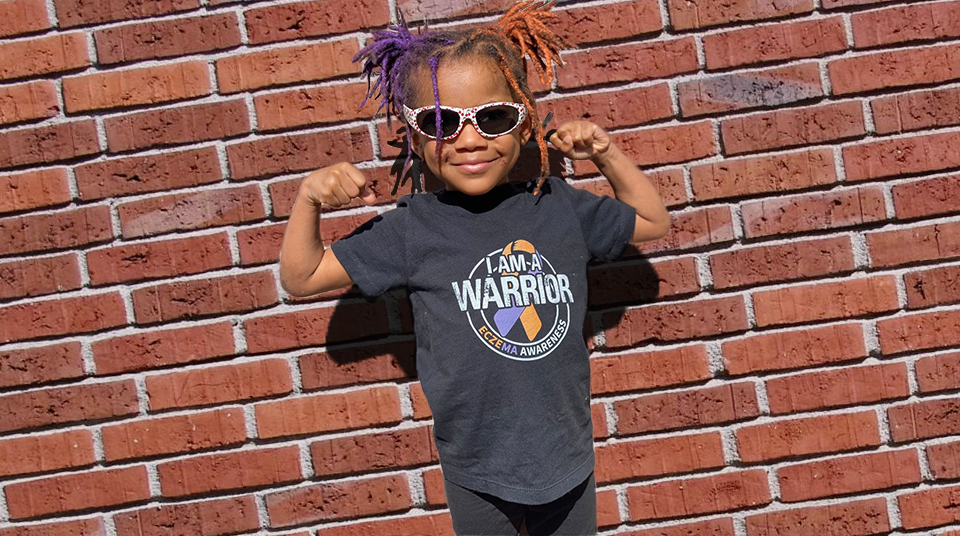 Being the parents of a child with eczema is an endless battle.

We found ourselves battling the condition, but also battling the effect that it was having on us individually and as a couple: whether it’s blaming ourselves, to crying through sleepless nights with feelings of helplessness and being overwhelmed. As her mother who carried her for nine months, I blamed myself for not being able to protect her from it, and my husband blamed himself for her inheriting the condition that plagued his youth.

Watching my weight go up and down, the stress took its toll on my appetite and my body. What I never considered was that unlike many other conditions, with eczema, you’re battling things that we encounter in everyday life – common food ingredients, pollen in the air, pet dander and fur, common laundry detergent ingredients, popular soap brands, the dye in certain brands of clothing, even everyday stress and anxiety. So the thought became: “How can we protect our child from life… while not keeping our baby from living it?”

This is Bailey’s journey.

Like her siblings, Bailey’s personality and individuality seemed to come too early and too quickly. She prefers Peter Parker over princesses, firetrucks over fairies and dreadlocks over curly locks. She loves to learn and thrives on challenges. But when you have a child that has a natural knack at solving problems and persevering, this just makes the eczema battle a proverbial game of cat and mouse.

Her father spent a large portion of his youth just as itchy and greasy as she was, and we knew that things would get worse before they got better. When Bailey first started exhibiting symptoms, around six months old, it broke our hearts to know the journey that was ahead of her.

We started immediately trying conventional and homeopathic approaches to her treatment. Seeing dermatologist and other specialist was a part of our regular routine. We became unintentional eczema specialists with an entire spectrum of oral and topical steroids, natural treatments and home remedies in our arsenal. Bailey became a guinea pig and we were like mad scientist trying to find the right formula to relieve the itching, heal the patches and lighten the scars. It took a while to get to a point where she was consistently comfortable and clear, but we finally realized that a combined, consistent, and multifaceted approach would be the only long-term solution.

After spending month after month with Bailey in full mummy-style wraps, we eliminated items from our lives, one by one. If we didn’t know every ingredient, there would be no contact or consumption. All allergens were eliminated – peanuts, gluten, wheat, dairy, certain types of dyes and tree nuts. High acidic and citrus foods, as well as foods with additives and preservatives were a no-no as well. Using this approach, we weren’t able to eliminate breakouts, but it did limit them.

The next step was focusing on the allergens that we couldn’t avoid – pollen, plants, dust and dirt, and even bathing. I mention bathing because it’s something that, although you can avoid it, I wouldn’t suggest that you avoid it for too long. Her skin was too sensitive to be bathed daily or for long periods of time. We had to restrict her to baths every other day, and we had to move as fast as running into the store when you’re double-parked. It would be just a quick jump in, wash down, rinse down, jump out, drying off and immediately covering her in the various ointments and creams with a special attention to her worst patches. Finally, we would wrap her in Ace bandages before dressing her for the day or putting her in pajamas for bed.

As the treatments would work, the key to the patches fully going away, was keeping them covered and protected so that they would have time to heal. This became our biggest challenge as she was very astute at finding ways to get under the bandage and to the itchy areas. She would constantly re-open patches and even cause them to spread. A few times, she maneuvered the bandage too much and it tightened overnight. This caused another trip to the hospital as her arm and leg had swollen and she was in great pain. We finally landed on combining the ace bandage for protection, surgical tape to keep it in place, and one-piece pajama/balaclava set.

We maintained this routine until just recently. We met with a specialist a few months ago and he recommended a once-a-month injection as our next recourse. We were very hesitant about escalating her medication; let alone giving her an at-home injection. Furthermore, the out of pocket cost would be several thousand dollars. After careful soul-searching, intense research and even more intense prayer, we decided to give it a try. Giving her the first injection was like giving a cat a bath. With my husband holding her down, I gave the injection, and Bailey conjured up bursts of strength that would marvel the Incredible Hulk. Then… the waiting game.

Today, Bailey has completed her second shot and is two weeks away from her third. There has been a drastic improvement in her existing patches, and there haven’t been any new breakouts. We are all feeling like she’s in a good place and things are projected to get even better. Bailey may not do the typical princess and fairytale thing, but when we think about the medications and treatments, the wounds and scars, the skin biopsy, and the poking and prodding, we just watch her as she grabs her sword or does a karate flip and we are all reminded that she is our eczema warrior. 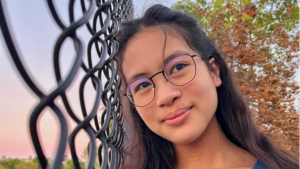 "Eczema is a disease that no one can understand fully unless they have experienced it themselves. For 15 years of my life, I have battled this disease by myself. But I’m starting to realize I don’t have to endure this fight all alone." 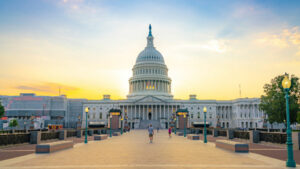 How NEA Advocates for People and Families Affected by Eczema

NEA advocates for people and caregivers affected by eczema on both the state and federal legislative level. 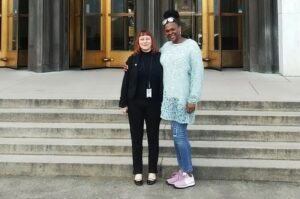 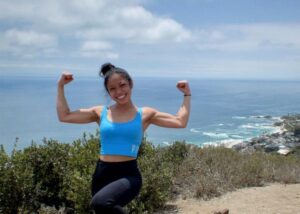