Gone to the Dogs: Man’s Best Friend Shows Us How to Treat Atopic Dermatitis in Humans 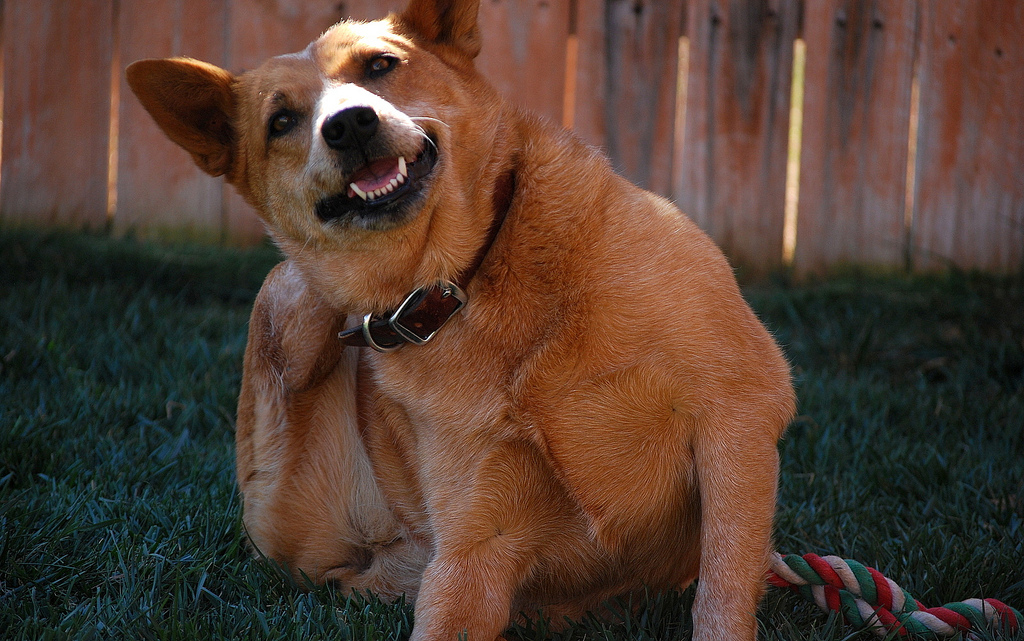 By Christopher Logas and Peter A. Lio, M.D.

We share a lot with our beloved canines: our home, our bed and sometimes, even our dinner. But did you know that humans share something else with dogs? A diagnosis of atopic dermatitis (AD).

Dogs with canine atopic dermatitis (CAD) have many of the same symptoms as people with AD, including dry, itchy skin and lichenification (thickening of the skin). Under the surface of the skin, there are also similarities. Both dogs and humans with AD have higher than normal levels of immunoglobulin E, or IgE. IgE is a protein used by our immune systems to fight invaders in our body like bacteria and viruses. Scientists believe that IgE may contribute to our bodies’ outsize reaction to allergens in our environment.

Dogs and humans with AD also have similar problems with skin barrier function. These problems cause the skin to be very dry and prone to staph infections. Notably, both groups have lower ceramides (a waxy fat that helps with moisture loss) in the skin; defects in the outer layer of skin called the stratum corneum; and missing enzymes that help dogs and humans metabolize unsaturated fatty acids, which help many cells in our bodies function. 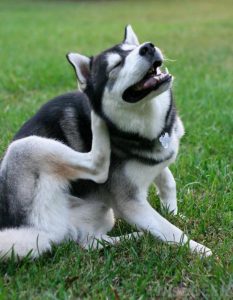 Researchers are looking at filaggrin mutations in dogs and people. Fillagrin, a natural protein, is essential to the proper functioning of the skin barrier. When this protein changes structure — or mutates — in dogs or humans, it contributes to skin barrier function issues common in AD.

If humans and dogs with atopic dermatitis share many biologic similarities, will treatments that work for CAD work for AD? Current research points to yes.

According to Peter Lio, M.D. and Christopher Logas, dermatologists overwhelmingly focus on treating the symptoms of atopic dermatitis from the “outside in” by restoring skin barrier function and decreasing inflammation through prescription topicals and bathing and moisturizing regimens. For very severe AD, the doctor may also prescribe an oral drug such as cyclosporine.

Veterinary medicine, on the other hand, focuses on an “inside out” approach to treating canine atopic dermatitis. Depending on the severity of the CAD, veterinarians will prescribe oral steroids, cyclosporine and/or high doses of Omega-3 fatty acids.

By focusing on the inside out, veterinary medicine has made some important strides in treating CAD, which may lead to new treatments in AD. Most notable is oclacitinib, a tablet given to dogs by mouth. Oclacitinib is a Janus kinase (JAK) inhibitor, which is a type of medication that block enzyme imbalances that contribute to inflammatory diseases like atopic dermatitis. In dogs, oclacitinib appears to block the cytokine (a type of tiny protein that causes inflammation) related to itch. Both dogs and humans with AD have more of this cytokine present in the body.

The success of oclacitinib in CAD as well as other JAK inhibitors for treatment of rheumatoid arthritis in humans, has led to research of JAK inhibitors for treatment of atopic dermatitis. In particular, the drug tofacitinib, which is being developed by Pfizer. In a preliminary study of AD patients taking oral tofacitinib, all participants showed a decrease in inflamed skin, redness and itch.

Researchers are also evaluating topical tofacitinib in humans with AD. Early research shows a significant reduction itch behavior in mice with atopic dermatitis. These studies also show that a topical application of tofacitinib with oclacitinib in mice may reduce both itch and inflammation.

For those of us with atopic dermatitis, we have more to thank our dog best friends for than just unconditional love and companionship. We can also thank them for bringing together doctors and veterinarians to expand our understanding of how to effectively treat AD in humans from the outside in and the inside out. 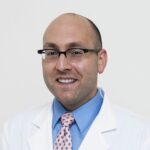 Peter A. Lio, M.D. is Assistant Professor of Clinical Dermatology and Pediatrics- Dermatology at Northwestern University Feinberg School of Medicine and Director of the Chicago Integrative Eczema Center. Dr. Lio is also a member of the National Eczema Association Scientific Advisory Committee. 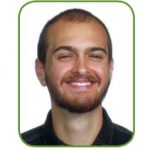 Christopher Logas earned his Bachelors degree in Biology at the University of Florida, and is currently a second year medical student at Midwestern University.