Has Dupixent delivered on its promise? The eczema community offers honest feedback 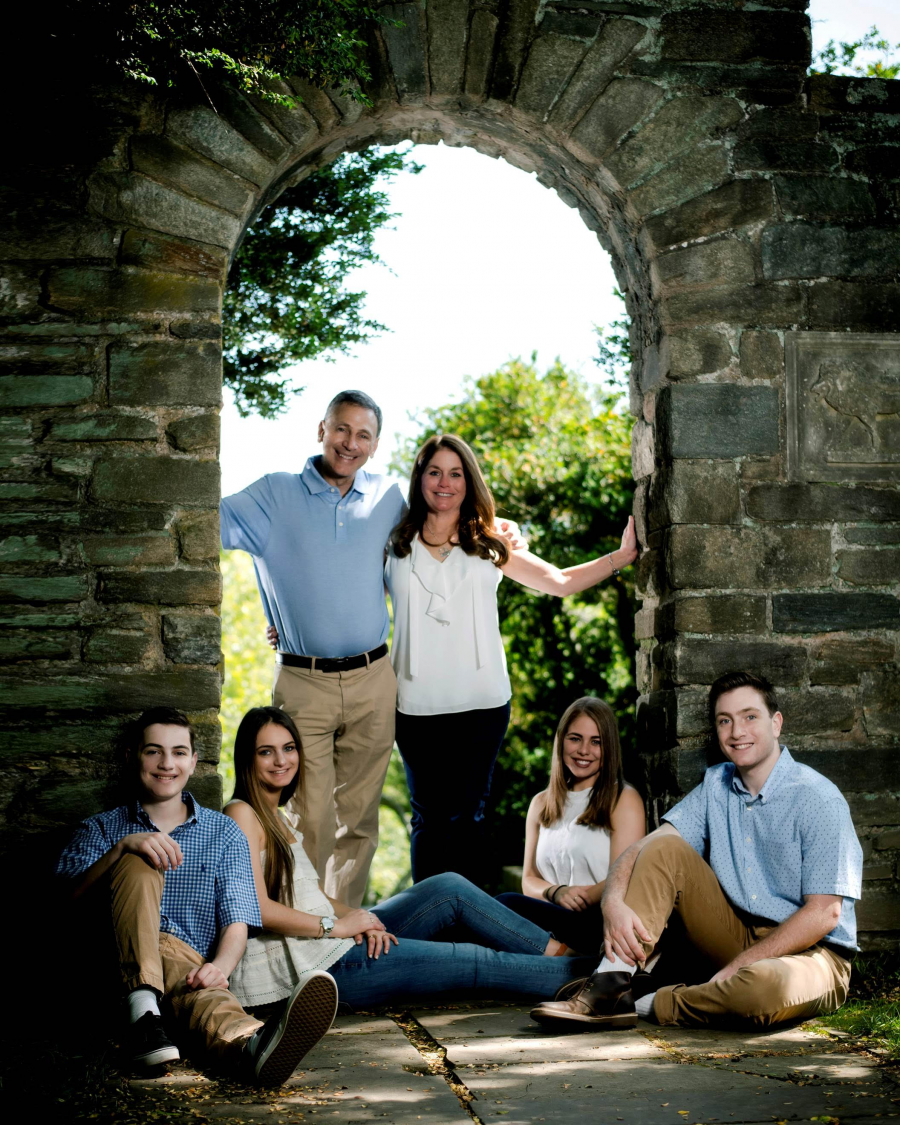 Carol Greenspun was told she’d probably outgrow her eczema once she reached puberty. That didn’t happen.

Then, her doctors predicted she’d find relief during and after pregnancy — another hormonal inflection point — but four pregnancies later, that didn’t happen either. More recently, she hoped menopause would shake things up. No such luck.

The 57-year-old from Gaithersburg, Maryland, had reconciled herself to a life sentence in the prison of atopic dermatitis (AD), the most severe and difficult-to-treat form of eczema. That is, until August 2018, when she had two back-to-back Dupixent (dupilumab) injections. Within six weeks, Greenspun said her skin dramatically improved.

Greenspun is one of many who have reported a favorable response to the drug, which is the first — and, for now, the only — biologic treatment for AD. Instead of damping down the entire immune system, Dupixent specifically interferes with interleukin-4 (IL-4) and interleukin-13 (IL-13) inflammatory responses that play key roles in AD.

The drug performed well in clinical trials, but the eczema community has been waiting to see whether it would do so in the real world. 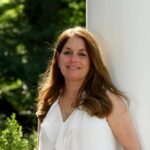 In the two-and-a-half years since its approval by the U.S Food and Drug Administration in March 2017, opinions have been overwhelmingly favorable. However, some patients have reported side effects or have not benefitted as much as they had hoped.

Paul Yamauchi, MD, PhD, a dermatologist in private practice in Santa Monica, California, estimates that between two-thirds and three-fourths of his patients with AD have done well on the drug.

“Dupixent doesn’t totally clear the risk of future eczema outbreaks, but it succeeds in managing symptoms,” he said. “Most of my patients experience less itching, a reduction in the rash, better sleep and a better quality of life overall.”

But Dupixent isn’t a cure, and it’s not perfect. Like virtually all pharmaceuticals, its benefits come with side effects. Injection site reactions are among the most common, followed by cold sores on the lips or in the mouth, and eye problems such as conjunctivitis (pink eye) and inflammation of the eye or eyelid.

Greenspun developed conjunctivitis and a corneal ulcer about eight months after her first dose and a corneal ulcer in the other eye six weeks after that. Determined to stay on her self-proclaimed “miracle treatment,” she vowed to stop rubbing her eyes and use the eye drops her ophthalmologist prescribed.

“I use the drops at night and throughout the day,” she said. “As long as I keep my eyes moisturized, my doctors say I’m good to go. Dupixent is the closest thing I have to a ‘cure,’ and I’m hanging onto it tightly!”

Controlling side effects and staying on course

“I’ve been on Dupixent for two-and-a-half years, and it’s the most effective treatment I’ve ever had,” said Jeffrey Lin, a 35-year-old from Los Angeles whose AD is so severe that he didn’t qualify for inclusion in clinical trials.

Lin was born with every conceivable sensitivity. “I have severe asthma and allergies to everything on the planet,” he said. “At a certain point, I couldn’t even touch water. And as for my skin, I looked like a burn victim. It was as if my whole body was leaking fluids. Every pore was like an open wound.” 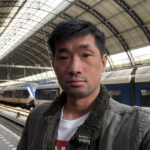 Lin said Dupixent has improved his AD and asthma significantly. “I still have allergies,” he admitted, “but Dupixent reduced two out of my three major health problems, which is amazing.”

Lin’s life has been improving day by day and month by month. But he confessed to a feeling of disorientation after struggling with AD for so many years.

“I grew up thinking that suffering was normal,” he said. “It’s actually a bit disorienting to feel better. It’s kind of like a phantom limb feeling. What should I do with my hand if I’m not using it to scratch?”

Like Greenspun, Lin has had eye problems that come and go. Steroid eye drops have helped, but his dermatologist found an additional way to deal with the side effect.

By extending the period between his injections from six to eight weeks, he reduced Lin’s dose by one-third. So far, that strategy has worked well for Lin, keeping his AD symptoms along with his eye issues under control.

When the eczema patient is also a doctor

Vivian Shi, MD, a dermatologist on the faculty of the University of Arizona Health Sciences in Tucson, brings a unique perspective to her medical practice, teaching and research: she’s an AD patient herself.

Shi spent her childhood in China, and her family emigrated to the United States when she was in her early teens. Her AD only added to her feelings of vulnerability as an immigrant. 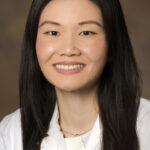 But as she matured, Shi made it her mission to become a physician and work on finding improved treatments for the condition that had haunted her for most of her life. Today, her greatest wish is to help her patients “not be defined by their AD,” she said.

Eye problems are concerning, Shi admitted, but her approach is to refer patients on Dupixent to an ophthalmologist the minute eye symptoms show up. And even if a patient has unwelcome side effects, “They’ll usually say, ‘Please don’t take me off it!’ So far, I haven’t had to,” Shi said.

Asked whether Shi is taking Dupixent herself, the answer was no. “Moving to Arizona has made my AD better,” she explained. “I also recognize my triggers. As I often tell my patients, knowledge is power.”

Dupixent is still a work in progress

As time passes, researchers are learning more about Dupixent’s effectiveness as well as its limitations.

Some patients turn out to be partial responders to the drug, meaning it improves their condition but not as much as expected after 16 weeks of treatment. Another small group — called “non-durable responders” — do well on Dupixent at first, but the drug’s benefits gradually wear off.

In a study co-authored by Shi and published in the American Journal of Clinical Dermatology in March 2019, researchers recommend therapeutic strategies for treating both partial and non-durable responders that don’t require them to stop taking Dupixent.

They urge doctors to boost these patients’ use of topical therapy, increase their Dupixent dose or frequency of use, and add phototherapy sessions along with an immunosuppressant into the treatment mix.

As for patients who don’t respond at all to Dupixent, “They’ve received the wrong diagnosis,” Shi speculated, and their doctors need to go back to the drawing board.

Insight from a Dupixent ‘partial responder’

Rasmus Mikkel Soendergaard, a 34-year-old who lives in Copenhagen, Denmark, is a partial responder to Dupixent. He has been on the medication for about 14 months. Despite its failure to clear all aspects of his AD, he said has no intention of getting off it. 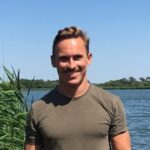 Soendergaard struggles from several conditions that may or may not be related to his AD. For one, he has ankylosing spondylitis, a type of spinal arthritis that can worsen over time. He also has what he describes as unusual, small wounds that resemble ulcers and seem to develop underneath his skin and then erupt on the surface.

So far, his doctors haven’t been able to agree on the source of these ulcer-like symptoms, Soendergaard said. “I have skin, joint, allergic and connective tissue symptoms, and it’s possible that some of these aren’t directly related to AD.

“Dupixent may not be my be-all and end-all treatment, but because of it, my AD no longer affects my professional or personal life,” he added. “The treatment has cleared my skin from the neck down, and I have no asthma issues now.”

Soendergaard uses a tacrolimus cream to manage the eczema patches on his face. For now, he describes himself as a successful partial responder who’s waiting for something even better to come along.

Shi and her fellow researchers are certain that it will.

The study’s authors encourage patients, caregivers and doctors to remain optimistic given the number of new targeted treatments in the pharmaceutical pipeline. In the conclusion of their article, they expressed their own optimism, envisioning a “renaissance era of AD treatment, with unprecedented breakthroughs on the horizon.”

Researchers also have alluded that people living with AD can look forward to treatments administered in pill form, treatments with longer-term disease and quality-of-life efficacy, and treatments with easier-to-manage side effects.

As for patients like Greenspun, Lin and Soendergaard who have struggled with symptoms for longer than they can remember, Dupixent is nothing short of a “miracle” treatment.

“No more skin flakes on my desk and keyboard at work. No more depression. No more anxiety about being touched or touching others,” Greenspun said.

We asked. You answered.

We recently asked our community members on social media to share their experiences with Dupixent. Here’s what you said:

“Dupixent cleared up my pain and other AD symptoms almost instantly. I had the starter dose administered before going to bed, and I woke up six hours later to find that I was pain-free with my stubborn AD skin patches gone.” – Morgan Brunson, Tinton Falls, New Jersey

“My eyes are a little itchy and gunky, but I would choose that side effect in a heartbeat rather than go back to the way things were before starting the treatment. All I can say is, I don’t know if I would be here today without Dupixent. It saved my life.” – Emily Coffman-Peerson, Richmond, Virginia

“Within two to three months of my first dose of Dupixent, I felt myself becoming the old Lisa-Marie — feeling social and allowing myself to find romance again after feeling like no man would ever put his hands on my skin.” – Lisa-Marie Freire, New York, New York

“Is my skin better since starting on Dupixent? Yes. Is it hit-or-miss? Yes. Do I feel like poo for several days, but my skin still looks okay? Yes. Have I figured out a pattern? No. I never know how I will feel from one day to another.” – Melissa Hornick, Conway, Arkansas

“I am eternally grateful to the team of scientists and doctors who made Dupixent possible. Eczema warriors are finally being heard, and our cries for help are being answered.” – Dara Korn, Los Gatos, California

“Now that I’m taking Dupixent, I’m living again. I’m smiling a true smile again. I’m free. I feel like a badass when I give myself that shot!” – Raissa Schurawel, Costa Mesa, California

“It was like something out of a dermatology fairy tale. I cried hopeful tears as I gave myself my first Dupixent injection. Within a week, my constant itch was nearly gone. By my six-month checkup, only about 10% of my skin showed signs of the disease. For the first time in years, I was wearing short-sleeved shirts and taking long, luxurious showers.” – Jacqueline Snyder, Minneapolis, Minnesota