Eczema in Skin of Color: What You Need to Know 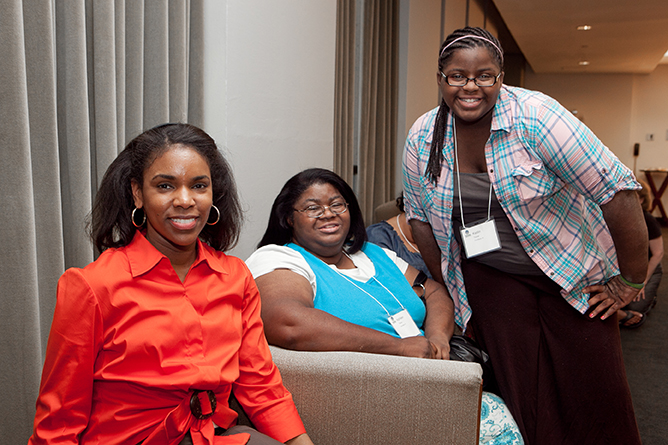 Atopic dermatitis typically begins during infancy and early childhood (before age 5), but adults may also develop this condition. Adult-onset disease appears to be more common in Asian than Western countries.

Why are certain ethnic groups at greater risk for eczema?

Genetic and environmental factors influence one’s risk of developing atopic dermatitis. Typically, those with a family history of atopic dermatitis or other atopic diseases (asthma, hay fever) are more likely to have the condition.

This is because certain genetic mutations that affect the skin barrier cells and skin immune cells are passed from generation to generation. These mutations also tend to occur more often in some ethnic groups compared to others, which may help explain differences in the frequency and severity of eczema between people who identify as white, Black, Asian, Hispanic and others.

In addition, people who live in an urban setting or are exposed to certain environmental allergens (i.e. dust, mold) are at greater risk of developing atopic dermatitis. 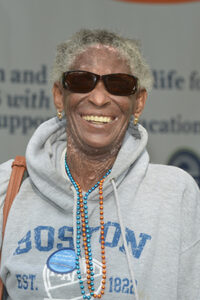 Most people think of eczema as a red, dry, and itchy rash – how it appears in light skin. However, in dark skin, including brown skin, dark brown skin, Black skin, and other darker skin tones this redness may be difficult to see. Eczema flare-ups tends to look darker brown, purple or ashen grey in color. In the absence of characteristic redness, skin swelling, warmth, dryness/scaling or itching and oozing may help patients and physicians confirm the diagnosis. Lichenification is also one of the eczema symptoms that may appear differently in darker skin tones. The itching due to eczema has been shown to have a greater impact in Black patients, who are also more likely to have severe disease.

Beyond differences in severity, skin color and symptoms of eczema, unique forms of atopic dermatitis may be seen in darker skin tones. Black Americans more commonly develop small bumps on the torso, arms and legs (called papular eczema). Sometimes, bumps develop around hair follicles and resemble goosebumps (this is known as follicular accentuation).

Black Americans also tend to have more extensive skin dryness and dark circles around their eyes. People who repeatedly rub and scratch the eczema-prone areas may develop skin thickening and firm, raised bumps on the skin called prurigo nodules.

Following resolution of eczema, darker-skinned patients experience a greater rate of pigmentary changes. The healed skin may look darker or lighter than the surrounding normal skin, such as hypopigmentation or hyperpigmentation. In some patients, this color change is more bothersome than the original eczema itself. Fortunately, once the eczema is controlled, the skin color typically returns to normal. This may take several months.

How is eczema treated in darker skin? 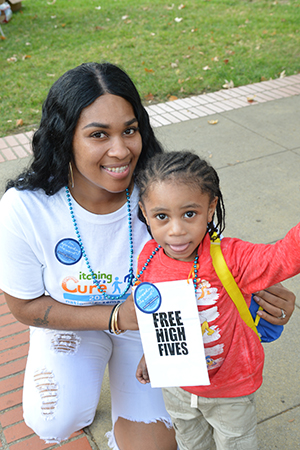 The treatment of eczema is similar in people of all races and ethnicities. Gentle skin care and liberal use of moisturizers is the mainstay of treatment. For some patients, topical or systemic medications may be needed.

Atopic skin tends to be dry and sensitive, so harsh and fragranced skin care products should be avoided to prevent worsening of atopic dermatitis. Increasing the moisture content of the skin is also essential. Fragrance-free emollients should be used at least once per day, ideally immediately after bathing. Thicker moisturizers, such as creams and ointments (rather than lotions), tend to work better. Shea butter is a useful natural alternative to commercially available moisturizers.

Further, eczema patients should bathe and shower in warm (not hot) water and limit the time to less than 10 minutes. Hot water can dry out the skin and trigger itching, making eczema worse. This tends to be particularly problematic in darker skinned patients who may be more prone to dry, itchy skin.

Prescription medications may also be needed to adequately control eczema. Topical corticosteroids are typically the first-line treatment but are generally used for limited periods of time. Non-steroid creams and ointments such as pimecrolimus (Elidel), tacrolimus (Protopic), and crisaborole (Eucrisa) may also be prescribed. These medications are highly effective and safe for use in all skin types.

In severe cases, eczema may be treated with phototherapy (light-based treatments) or systemic medications that target the immune system. These treatments may be pills or injections. Like topical treatments, these more aggressive therapies are safe and effective in diverse ethnic groups.

In general, some herbal and traditional remedies for eczema have the potential to make eczema worse through skin irritation or allergy. Additionally, many herbal products have not been studied, and their side effects are largely unknown. It is advisable to consult a dermatologist for specific recommendations regarding optimal skin care for your individual skin type.