Eczema in the Armed Forces 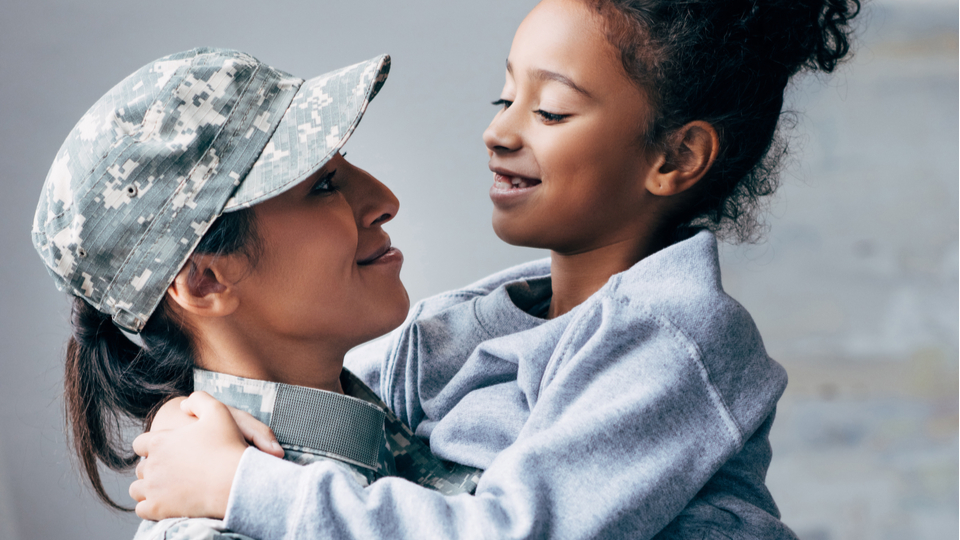 Imagine wearing heavy body armor in a humid, insect-filled jungle environment or living in the heat, dust and debris of a desert war zone.

If you have eczema, you may already be thinking about the flares those conditions could cause. For these reasons and others, the U.S. Armed Forces has medical standards surrounding military service and eczema.

Specifically, having atopic dermatitis (AD) after age 12 is disqualifying. So is having recurrent contact dermatitis or dyshidrotic eczema within two years of military candidacy that needed treatment with more than a topical steroid.

Various military branches also have restrictions within these overall standards. The Army and Navy, for example, list 9 years old as the oldest age allowable for having had AD.

There are two primary reasons for the standard, said dermatologist and U.S. Air Force (USAF) Lt. Col. Emily B. Wong, MD, who is dermatology consultant to the Air Force Surgeon General and is stationed at Joint Base San Antonio- Lackland, Texas.

“First, it’s important to protect the military member’s health. Many of our deployment conditions, such as environment extremes, wearing of military gear, mental and physical stress, and lack of access to specialized medical care and creams or medications, can cause significant flares and poor disease control,” Wong said.

The list of eczema triggers service members could encounter is long, Wong and colleagues noted in a 2019 paper in Military Dermatology. Uniforms, for example, are just that — made of standardized materials that can’t be swapped out or washed in detergents for sensitive skin.

Soldiers in deployed locations may go weeks using baby wipes alone for personal hygiene. Some jobs involve exposure to irritants, deployments can cause stress and sleep loss, and so on.

Flaring eczema could also prevent a military member from doing their job, and that role is often critical, said Wong. “Each military member has a specific job and may not be easily replaced,” she noted.

Evaluating the ability to serve

During their military application, potential recruits provide an extensive medical history and undergo a medical examination. During this process, doctors identify and evaluate eczema and other medical issues that could affect the candidate’s service.

Restrictions and medical screening don’t necessarily rule out serving in the military with eczema, however. Waivers are sometimes granted to military candidates, said Wong.

“There are medical regulations that guide each medical diagnosis and determine whether a medical condition is compatible with military service,” she explained. “In some cases, such as with mild eczema, even though the condition is initially disqualifying, a waiver can be considered on a case-by-case basis.”

The USAF amended its rules in 2018 so that select candidates with mild forms of eczema can get waivers with occupational restrictions. Wong explained how this might work.

“If, for example, a candidate was diagnosed with chronic eczema and their primary symptoms were hand dermatitis — such as severe dryness, cracking, peeling and bleeding — they may be restricted from aircraft or vehicle maintenance, where they have to work with their hands and wear gloves,” she said.

Active duty members can also develop eczema on the job. When this happens, a medical evaluation board reviews the case, weighing a number of factors, including the type and severity of eczema and the requirements of the person’s job.

“Generally, if they are able to perform the military duties they were trained to do and can safely go on military deployments, then they will be able to continue their military duties,” said Wong.

Overall, the system helps prevent major eczema-related problems for recruits and military operations, according to a 2019 Military Medicine review. It reported that, from 2003 to 2006, when there were up to 159,000 troops in Iraq and Afghanistan, there were only 35 evacuations directly attributed to eczema.

Sometimes, despite regulations, the issue of eczema isn’t raised with military members.

Emily Potter, 40, entered the Army in 2001 after graduating from West Point. She’d had flares of AD on her hands since childhood and wasn’t aware of the military restrictions around eczema until interviewed for this article.

Potter doesn’t recall getting a waiver and said it was possible her eczema was mild enough that it wasn’t considered a limiting factor in performing her duties. In fact, other than occasional treatment with topical steroids, eczema-related issues arose only once during her military service.

“In 2003, I was in the first wave of those deployed for Operation Iraqi Freedom,” said Potter, who left the military in 2015 and now lives in Southern Pines, North Carolina.

“In the lead up, we got what seemed like a million different vaccinations. In the middle of getting all those shots, I had an eczema flare on my hands and the doctor said I shouldn’t have the smallpox vaccine. Frankly, I was glad to skip at least one shot.”

In people with active eczema or a history of it, smallpox vaccination can cause a rare but potentially life-threatening skin infection called eczema vaccinatum, explained Robert Dellavalle, MD, PhD, MSPH, chief of the Dermatology Service at the U.S. Department of Veterans Affairs in the Eastern Colorado Health Care System in Aurora, Colorado.

Routine vaccination for smallpox in the United States ended in 1972. In 2002, the U.S. military resumed smallpox vaccinations for certain service members, including those bound for parts of the world where exposure to the virus was considered possible.

“The vaccine contains a weakened but live smallpox virus that can theoretically spread from the vaccine site and replicate in the skin, causing an extensive rash,” said Dellavalle, who is also a professor of dermatology and public health at the University of Colorado School of Medicine.

He noted that the risk similarly applies to people with active or past eczema who are in close contact with a recently vaccinated person.

In the 10 years after the U.S. military started vaccinating some members for smallpox, there was only one case of eczema vaccinatum. A 2-year-old with history of AD developed a severe reaction shortly after his father, who was serving in the Army, was vaccinated for smallpox. The father also had a history of eczema and shouldn’t have been vaccinated, according to a 2008 report in Clinical Infectious Diseases.

The father had a normal reaction, but his son developed a life-threatening rash and other complications. The child spent 48 days in an intensive care unit and needed multiple skin grafts, but he ultimately recovered.

If you have or have had eczema, avoid skin-to-skin contact for about 30 days with anyone who’s had a smallpox vaccination. This is the time it takes for the vaccination site to form and shed a scab. In addition to some military personnel, the vaccine is sometimes given to lab staff who work with smallpox or related viruses.

If you have eczema and want to serve

If you have eczema or a history if it and are considering a career in the military, the first thing to do is to make sure you get an accurate diagnosis. Eczema is a very broad term encompassing many different skin diseases, said Wong.

“It is helpful to have appropriate evaluation and a clear diagnosis in the medical record,” she recommended. “If someone had a reaction to poison ivy a few times or recurrent ‘ringworm’ or fungal infections, this should not be diagnosed as chronic eczema. For the majority of people, their eczema improves with time, so they may no longer have eczema as a teen or adult.”

Dellavalle said that dermatologists now have many options for controlling eczema.

“With approval of a biologic, it’s a new era for eczema patients. I encourage those with mild eczema and an interest in serving to seek a waiver,” he said.

“Dermatologists at the VA have access to the same therapies available in private practices,” said Dellavalle.

Veterans who need treatment for eczema should first see their primary care physician (PCP). “If their PCP isn’t able to bring eczema under control, they can refer you to a VA dermatologist,” Dellavalle said.

He noted that many veterans who have or who are eligible for VA benefits don’t use them.

“If you’ve been in the Armed Forces and have health problems of any kind, hopefully you’ve signed up with the VA and are able to get your care there if you want to,” he said. “If you haven’t and are struggling with skin disease, check your benefits and use them. VAs have dermatologists who can help.”

Visit va.gov to learn about healthcare benefits, eligibility and to apply online.