Happily ever after (with eczema) 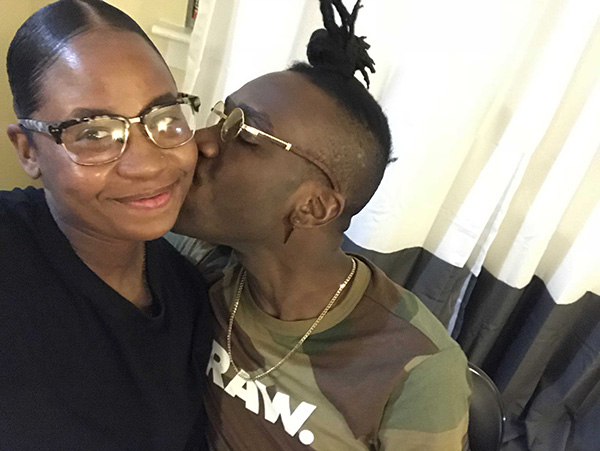 How am I ever going to talk to a girl, much less hold her hand? Am I ever going to go on a date? And even if I do, will she even want to touch someone like me? Will she feel ashamed to introduce me to her parents?

These are some of the questions that used to race through Steve Gawron’s mind as a teenager suffering from a combination of peer pressure, eczema and raging hormones. That was more than 30 years ago, and today he’s happily married to his high school sweetheart, Christine.

But Gawron’s adolescent anxiety and self-consciousness won’t come as any surprise to the millions of people whose eczema has frustrated their dreams of a fulfilling romantic relationship.

There are few studies on the challenges of love and sex for people with atopic dermatitis (AD) and other moderate to severe skin conditions, and the few that have been published draw on data collected from patient surveys, yielding few surprises.

A recent French study, for example, found that more than 80 percent of patients with AD said their condition had an impact on their sexual behavior. The French researchers concluded that doctors should do more to support and educate their patients concerning matters of the heart.

To shed light on this deeply personal topic, the National Eczema Association recruited a group of volunteers from all over the world to share their stories, insights and advice with the larger eczema community.

Each one stressed the need to commit to a nurturing, deeply meaningful relationship with the No. 1 person in your life: yourself. 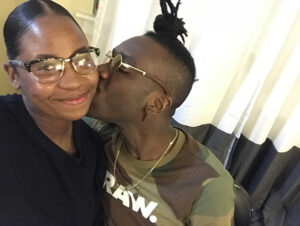 At 25, India Henriquez runs her own housekeeping business in Brooklyn, New York-and she has been in a stable relationship with her boyfriend for the past four years. She also has AD.

“When we met, my AD wasn’t that bad,” she said. “But then it came back with a vengeance. I had to explain to him that it comes and goes, and that there are times when I don’t feel well. He has never freaked out about it-not once.”

Henriquez has always been able to let her natural confidence shine through, even back in college when she faced social exclusion and outright rejection. She recalled a time during her freshman year when she needed to work on “the dreaded group project.” Noting her inflamed skin, her project partner said, “I’m not really comfortable working with you.”

That hurt, she admitted, but it was also a turning point. “Something in me got stronger,” Henriquez said. “Since then, I’ve developed a tough skin. It hasn’t always been easy, but I never let myself get to the point of feeling defeated by the negativity or ignorance of other people.” 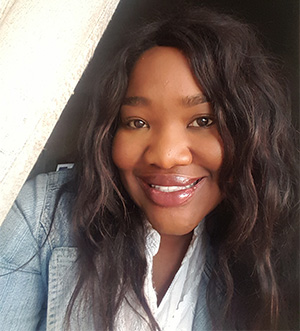 Nodding her head in agreement on the other side of the globe is Chawa Munthali-Mphande, the marketing manager for an Internet provider in Malawi, a small country in southeastern Africa wedged between Tanzania, Zambia and Mozambique. Born in Malawi and raised in Edmonton, Canada, Munthali-Mphande has never been free from eczema.

She has had AD, seborrheic eczema and dyshidrotic eczema, sometimes sequentially and sometimes concurrently. She said she has suffered greatly from the stigma that attaches itself to those who have the severe scarring and outbreaks associated with the condition.

“There were many sleepless nights when I’d cry, ‘Why me, God?’ A so-called friend once said, ‘Chawa, you have snake skin, and your kids are going to have it too!'” But, like Henriquez, she embarked on a path to greater self-esteem. “Either you let it get you down or you work on your self-confidence.”

For someone as outgoing and bubbly as Munthali-Mphande (you can hear it in her voice!), self-confidence comes more easily for her than it might for others. That’s why she decided to create a motivational page on Instagram, called C.C.M. Motivationals.

“I’ve always had a passion for helping and motivating people to get to a better place,” she said. “My Instagram gives me a way to share life experiences, motivational quotes and success stories with people all over the world.”

Married for eight years and the mother of three children, Munthali-Mphande sees her own life as a success story despite (and beyond) her battle with eczema.

Pamper yourself with self-care 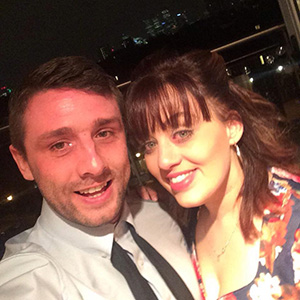 And speaking of success stories, Adam Simpson, a 30-year-old insurance broker from Ipswich, U.K.-a small town about an hour outside London-weighed in on the link between self-care and romantic success.

“Two weeks before going out to a club or a dance, I’d pay extra attention to my diet and my skin routine,” he said. “I’d feel better, and then I’d get more attention from girls. Doing right by myself gave me the extra boost in self-confidence that I needed, not only in terms of dating but in every part of my life, from work to friendship to going to the gym.”

Sometimes, Simpson’s AD is so bad that he can’t even stand up, he said. But his girlfriend, Zoey, who has a mild case of eczema, “gets” him. The couple recently bought a house together. Simpson said he’s “incredibly comfortable” with the relationship, thanks to Zoey’s empathy and understanding.

Self-care also made all the difference for Jennifer Troyer on her wedding day. Unlike most of the others interviewed for this article, Troyer has adult onset eczema. A hospice social worker from Columbus, Ohio, she developed the condition in 2014 shortly after completing graduate school and remembers all too well what life was like before eczema came along.

By carefully avoiding her triggers in the weeks leading up to her wedding, Troyer said she was able to feel beautiful in her wedding gown, endure the rigors of overseas travel and be “in the moment” the whole way through. “On my wedding day, I wore makeup, hairspray and even proper undergarments,” she said. “Normally, I can’t tolerate any of these things.

“We’ve been married for seven months, and by now, we’re past the honeymoon phase, but we’re totally intertwined,” she said. “Sometimes I don’t want him to kiss me when my lips are cracked, and sometimes I don’t want to be touched, and that can’t be easy for him to take. But then we’ll have a meaningful conversation, and we find our way back to each other.”

Loving yourself with eczema

Without exception, the interviewees said they felt lucky to find a partner who accepts them as they are, but choosing the right partner also depends on knowing what to look for. Openness, honesty and authenticity rated high with all the interviewees as the most desirable qualities in a spouse or partner.

Just as important as your partner’s character, said Munthali-Mphande, is the ability to cultivate patience and tolerance in yourself. “Everyone has problems or knows someone who does,” she said.

“My husband has bipolar disorder, so in our marriage, acceptance works both ways. As tough as it can be to deal with eczema, I realize that often I’m the one who needs to do the accepting. We work together as a family to get through the hard times, supporting each other all the way.”

Eczema’s role in sex and intimacy

Gawron couldn’t agree more that the key to a successful relationship is mutual acceptance. He also believes that truly accepting each other is the basis for a satisfying intimate life.

“Sex can easily become a sore point for couples,” he said. “Who’s in the mood first? If you’re a guy who has eczema, the mood may strike, but then you have to get undressed, shower and moisturize-and then an hour has gone by, and it’s been a long day, so the mood fades. And what if she’s not in the mood?” After nearly 25 years of marriage, the Gawrons have gotten past all that, he added.

Abbey Lewellyn and her boyfriend, John St. Clair, both students at the University of Louisiana at Lafayette, are at the start of their romantic relationship. Offering a quick peek into their intimate lives, Lewellyn described the way her beau rubs cream on her back…his sweet, protective attitude toward her…and best of all, their bath ritual.

“We try different bath products to see which ones we like-and which ones don’t trigger an allergic reaction,” she said. “Taking a bath together does wonders for my skin and my mentality. And it has brought us much closer too.”

St. Clair feels that being involved with someone with eczema has helped him change for the better. “You’re with a person, not a disease! Sure, you have to travel outside your comfort zone, but we’re happy and hopeful. I plan to be with Abbey for a long, long time.”

If you’ve considered online dating but feel self-conscious about your eczema, try DermaDate.com, a dating website designed specifically for people with noticeable skin conditions, such as acne, psoriasis or eczema.*

*NEA has no affiliation with DermaDate and this should not be considered a recommendation.