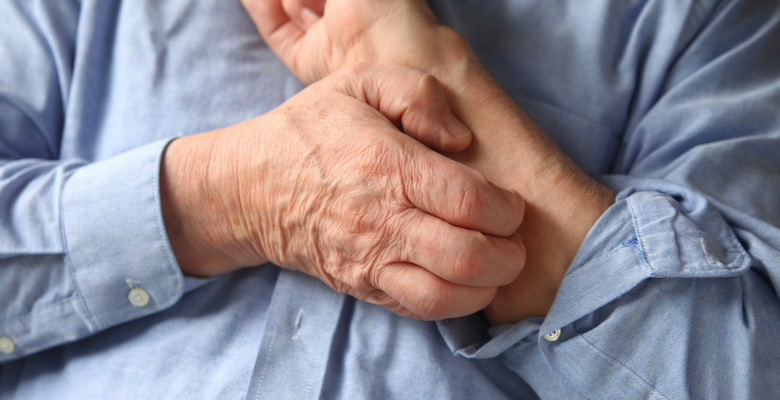 We talked to two of our community members to get the lowdown on patch testing and contact dermatitis.

Robert, aged 57, noticed an unusual rash on his face. For nearly a year, he was treated with topical corticosteroids, which decreased the inflammation but didn’t address the root cause. His dermatologist recommended Robert get a patch test, to determine what was causing his contact dermatitis.

I had longstanding eczema, but we really didn’t know why I developed this unusual (for me) rash. The creams made the rash go away but they were only part of the solution. I wanted to know why I developed the rash in the first place. My dermatologist suggested doing patch testing. I went in on a Monday, and many patches were placed on my back. I went in again two days later to have them taken off and read, and then two days after, I went in to have a second reading of the area where the patches were placed.

What was your experience with the patch testing process, and how did it help?

We found out I was allergic to shampoos and fragrances. The substance that makes the shampoo bubble and the fragrances used in the shampoo were making my skin red and itchy. My dermatologist suggested that I stop using fragrances and change my shampoo to one that didn’t have those substances. Within a week my skin was clear and I didn’t have to use a topical steroid.

Patch testing really helped. Even though I had to go to my dermatologist three times, it was totally worth it.

What tips would you share with others about your condition? Sarah is 34 years old and lives in the Washington DC metro region. She recalls having eczema as a child and believes it began before she was 5 years old. She also has a history of several food allergies and environmental allergies. Both her father and paternal grandfather have a history of eczema.

I had a history of skin rashes involving my ankles, feet, posterior knees and inner elbows. In the fall of 2013, my skin worsened and I developed new areas of involvement including my face. My allergist suggested that I visit a dermatologist who specializes in patch testing because she believed that the new areas of involvement were not consistent with my longstanding pattern of eczema and food-related skin flares.

What was your experience with the patch testing process?

Patch testing did require three visits in one week. Multiple allergens were placed on my back under tape. I experienced flares of my skin and was very itchy during the week of testing. At 48 hours the patches were removed and the first reading was performed.

I had a strong allergic reaction to colophony which is used in glues, tapes, and can be found in printer ink and copy paper. I am now taking steps to read labels and avoid prolonged exposure to printers and copiers.

What tips do you have for others dealing with contact dermatitis?