Staph & Eczema: A Skin-Duo You Need to Know About 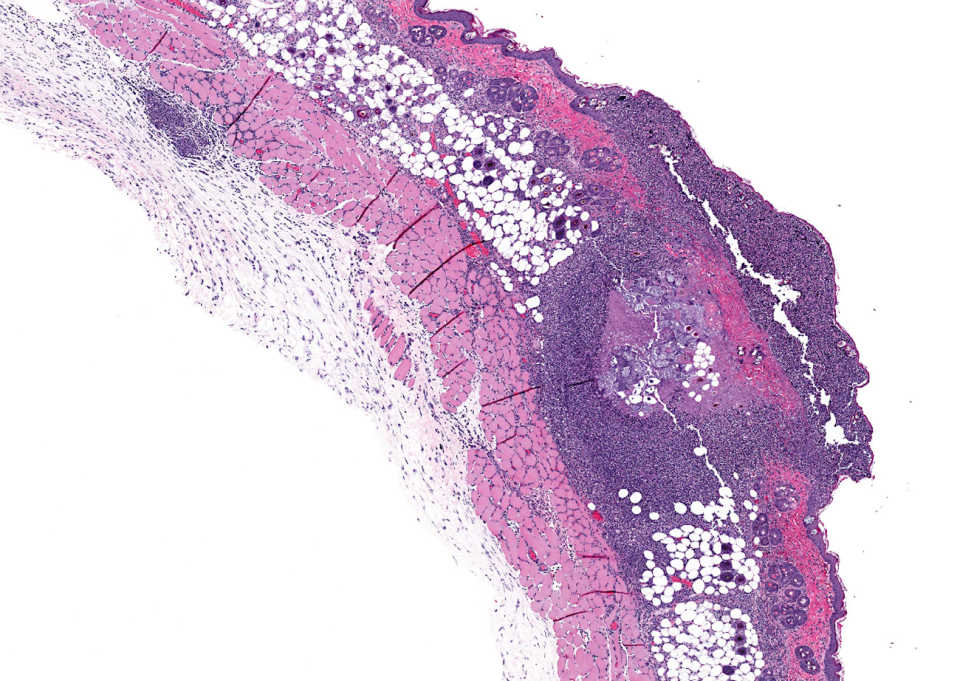 If you have eczema, you may be more likely to have the bacteria Staphylococcus aureus (or “staph”) living on your skin and have increased risk of staph infections. According to studies, approximately 10% of the general population is colonized on the skin with staph bacteria. Among people with eczema, that number jumps to nearly 80%.

No one knows exactly why people with eczema are more commonly colonized with staph, but it’s thought that differences in the skin barrier play a role. These differences include defects caused by a gene mutation that can allow allergens and bacteria to pass more easily into the body. Also at play may be natural antibiotics produced by the skin’s microbiome (called antimicrobial peptides or AMP) which people with eczema don’t seem to make enough of, leaving them at higher risk for infection.

What’s not completely clear, yet, is whether staph plays a role in causing eczema, or whether the bacteria takes advantage of eczema flares as a favorable environment to grow and cause further skin trouble — or both. In general, it seems that staph can crowd out more “friendly” or beneficial bacteria species — messing up skin’s healthy, microbial diversity. Making matters worse, staph can also produce byproducts that interfere with the skin’s defenses including creating a biofilm (in which bacteria can easily hide and grow) and enzymes that lead to increased inflammation.

Dr. Sabra Leitenberger, associate professor of pediatric dermatology at Oregon Health and Science University said, “People with eczema are prone to more widespread staph infections due to often having multiple areas of compromised skin barrier. Additionally, once a staph infection occurs, it can also trigger flaring of eczema. So it’s a bi-directional relationship.”

But whether it’s eczema or staph instigating trouble on your skin, or a combination of the two, it’s important to be able to recognize the signs of a staph infection so you can get it under control, fast. Telltale skin indicators, according to the American Academy of Dermatology (AAD), include:

Signs of an infection that’s spread include:

To prevent staph infections, Leitenberger emphasizes the importance of treating eczema as completely as possible. “Inflamed, open areas of skin caused by eczema or scratching,” she said, “allow staph to enter the skin and become infected.” Also, she says, typical infection prevention techniques, like good hand washing, are important. For recurrent infections, she adds, your doctor might consider a “staph decolonization plan” for the whole family including a topical antibiotic, a topical antiseptic wash and recommendations to avoid sharing razors and towels, etc. to prevent bacterial spread between family members. Other recommendations for infection prevention, from the AAD and additional experts, include:

Fortunately, just because staph may live on your skin doesn’t mean that you have an infection — we all have approximately 1,000 bacterial species on our skin and even 10% of people without eczema have staph. Plus, most staph infections — if they occur — are minor. And, if you have eczema and a staph infection, your risk of spreading the bacteria to others is no different than if you didn’t have eczema — so don’t guilt trip yourself!

If your doctor identifies a staph infection, he or she may prescribe you a topical antibiotic, an oral antibiotic, or both. Keep in mind that the use of antibiotics is only recommended for eczema patients with overt signs of an infection, verified by a doctor, due to concerns about development of antibiotic resistant bacteria and risks of damaging a person’s healthy microbiome further.

Researchers are hopeful that in the future we’ll have effective methods to increase beneficial bacteria populations on the skin and, in turn, decrease staph over-population and eczema-staph interactions. In the meantime, remember, not all skin bacteria are our enemies and we can co-exist peacefully with staph, most of the time, if we follow our eczema care plans and practice recommended infection-prevention techniques.