Wherever I go, my eczema follows 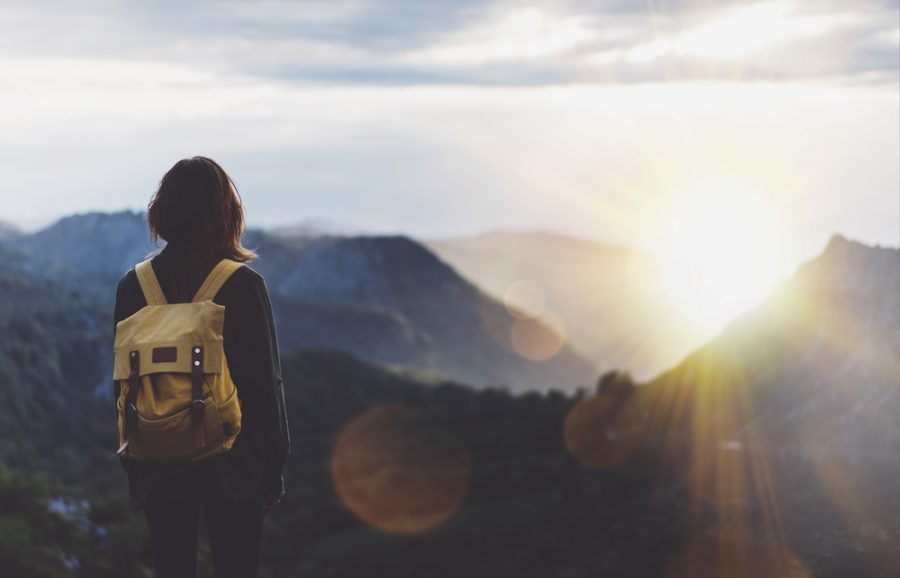 I’ve been living with atopic dermatitis (AD) since I was about 6 years old. I am now 28. As a kid, I didn’t really see it impacting my life too much. At that time, the flares were mainly splitting my ears, behind my knees and in the crevasses of my elbows. My understanding then was that I had super sensitive skin, special lotions to use, and that I was unique. My parents did a pretty good job of helping me to not feel like a “leper.”

I moved from Philadelphia to North Carolina at age 10 or 11, and as you can imagine, the new environment was quite different than what myself and my immune system, were used to. I’d say from ages 10 to 14, my AD was pretty mild, but my seasonal allergies and asthma had worsened due to my new exposure to the plethora of trees I probably hadn’t met before.

Although these trees were beautiful and brightened my mood, they did take a toll on my immune system. Around this time, my doctor explained to my mother that I had been breathing improperly, and that the bottom half of my lungs were like deflated balloons. (Interesting, right?) I was told to practice breathing exercises every day from then on out.

The teenage years are some of our most woe-some years? Around the age of 15 is when my eczema began to feel like a plague to my body. I was blessed not to experience acne at all, but my AD was becoming increasingly more difficult to manage.

At this point of my life, my AD began to target new areas like my face, hands and upper portions of my legs. My peers began to notice the flares on my face, and some proceeded to spread false/vindictive rumors about my flares, alluding to sexual diseases. It was tough but thankfully I was tougher.

My mother and I found a dermatologist close by who prescribed me topical steroids to treat my problem areas. I hadn’t had any experience with steroids before then, so I relied heavily on the directions given to me by my dermatologist on how to utilize them. 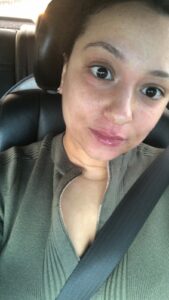 On one of my prescription labels, the usage information suggested I use the steroid cream whenever I was in need, which I did. That was a huge mistake. The topical steroid they prescribed was so strong it thinned my skin, leading to me developing, deep stretch marks.

As a teenaged girl, I’m sure you could imagine how heartbroken I was. After following up with my doctor, he then said I should’ve used it sparingly, not “when needed” as the prescription suggested. A different dermatologist at the same office took it upon herself to coldly tell me that stretch marks happen to everyone and to essentially, “get over it.” Needless to say, we left that practice.

Living with AD from my teenaged years to young adulthood have been filled with trials and tribulation—and some triumphs. I’ve experienced serious skin infections for which I had to be heavily medicated.

I’ve had to take eight pills a day on top of the different topical ointments and creams. I met a skin specialist who truly helped me along the way. She suggested an entirely new regimen, ruling out any product that would aggravate my condition.

She also had a strong hunch that I was allergic to dogwood trees, which happens to be the state tree of North Carolina. (Wonderful, right?) I made great progress with her, but as with most things in life, my AD always finds a way to evolve and slightly change its identity.

I am now choosing to self-treat my AD, using supplements and different lotions and hydrocortisone. I’ve relocated from North Carolina back to Pennsylvania and now to Washington state. I strongly believe the change of environment has helped calm my skin some, though I still deal with flares regularly.